Beatrice Elachi : Supreme Court judges fell into trap laid by Odinga since he lost a similar petition after the 2013 polls. 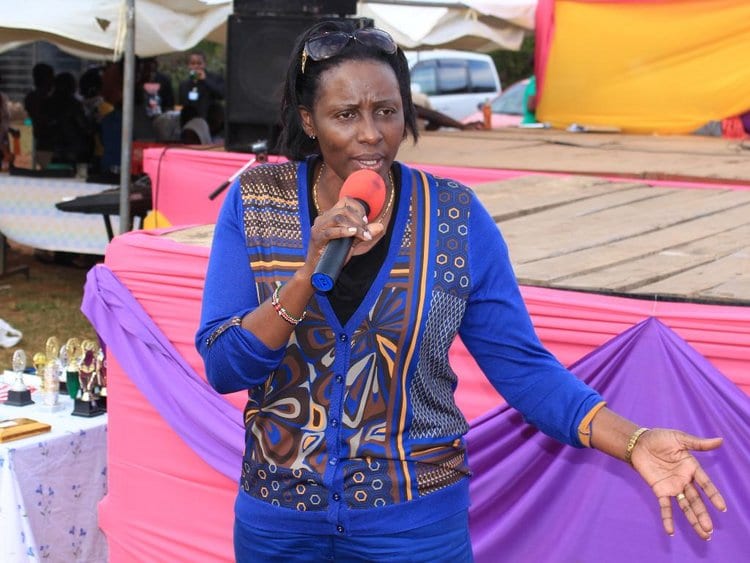 In nullifying President Uhuru Kenyatta;s win the August 8 presidential contest, the Supreme Court judges fell into a trap laid by Opposition leader Raila Odinga since he lost a similar petition after the 2013 General Election.
In the aftermath of his loss in that election and subsequent petition, Raila launched sharp criticism of the highest court in the land terming it as korti bandi (( fake court). He even claimed money had exchanged hands to deliver a verdict that favoured Uhuru.
Lawyers and civil society activists also sustained the momentum by taking issue with the issue of the Supreme Court judges’ decision to throw out a huge chunk of Raila’s evidence despite the fact that it was filed out of time, yet they had stringent timelines within which to received submissions, consider them and deliver a final decision.
So much was the criticism against the 2013 bench that was headed by Chief Justice Willy Mutunga that last year, Justice Smokin Wanjala, while being interviewed for the position of CJ after Mutunga threw in the towel and retired early ostensibly to allow for a smooth transition, admitted that were it his choice he would never take part in a presidential petition again.
“For the Presidential Election petition, let me tell you and let me be very candid: If it was my option, I would never want to sit and preside over an election petition matter,” Wanjala told a panel comprising of Judicial Service Commission (JSC) commissioners.
He described the process as an emotional one, revealing that only his mother and children stood by him after they upheld Uhuru’s win.
“This is because the criticisms that come there from are never jurisprudence so to speak,” he said.
Exit, CJ Mutunga, during whose tenure liberals severally clashed with conservationists thanks to the many radical decision made by judges in their rulings and management of the court system, and enter Justice David Maraga.
While Maraga is credited with aiding transformation of the court system under Mutunga with regard to the speed at which justice is delivered ( he cleared the backlog of cases at the Kisumu law court), and preparing the Judiciary with regard to emerging jurisprudence in determination of election disputes, he was largely seen as a conservative figure who would help to steady the Judiciary ship after three tumultuous years.
However, CJ Maraga came into office when tussles were raging between the three arms of government and though he returned the courts to its traditional past, including in the manner of dressing, he sought to assert the Judiciary’s place and there are those who trace the court’s controversial ruling in the 2017 Raila petition to this quest.
At this year’s annual Law Society of Kenya Conference, Justice Maraga said: Those who listen to me frequently know that I like stressing that at we, as the Judiciary, are not the third arm of government, but one of the three arms of government with equal stature and grit as the other two. Only by assiduously enforcing the checks and balances intended by our Constitution can we hope to keep our democratic gains safe from the predatory inclinations of those who hold our democratic gains safe from the predatory inclinations of who hold, or seek to hold, political power.”
While he was referring to a tendency by Parliament and the Executive to defy court orders, it gives a glimpse of his view of what he sees as the place of the Judiciary in the country’s governance structure.
Such as single-minded pursuit of independence can be a dangerous one as it blinds the Judiciary against prevailing circumstances.
But even more worrying was the Supreme Court’s decision to go against some of the key findings of the Mutunga bench with regard for instance, to admission of evidence.
Much of what Raila’s defence relied on, for example, was filed out of time ( two days after the deadline) but the majority of the judges chose to admit it, on the premise that it was the foundation of the entire case.
Yet, the Raila team had initially declared that it would not challenged the outcome of the election in court as it did not trust it hence denying them ample time to prepare for a solid case. What this means for the future of electoral jurisprudence in Kenya remains to be seen but it was not a good finding.
In previous writing, Maraga had faulted the manner the Mutunga bench handled Raila’s evidence in 2013.
In the end, the Supreme Court, which Raila declared when he eventually declared he would be going to court, amid sustained local and international pressure, had a second chance to redeem itself, chose to play ball, and decided to ignore everything else in order to look good in the eyes of the world.
A flurry of cases filed by the opposition and allied parties in the lead-up to the August 8 polls also appear to have put the Supreme Court judges under pressure.
While the full ruling is still awaited, it is not lost to many that the court, which found that Uhuru had no role in the alleged malpractices, is unlikely to fault the voting process but rather the manner of transmitting the results.
It is likely this stage was sabotaged to provide fodder to the Opposition to challenge the results.
But at the same time, the role of outsiders in the functioning of the Judiciary needs to be looked into afresh, including international NGOs, have, for long funded the Judiciary’s transformation programmes, including recruitment of personnel and training in the process gaining undue influence in its operations.
Under the current system, judges rely heavily on researchers to lay the basis for their verdicts yet this new crop of judicial officers was never subjected to a credible vetting process. This is a dangerous scheme of things