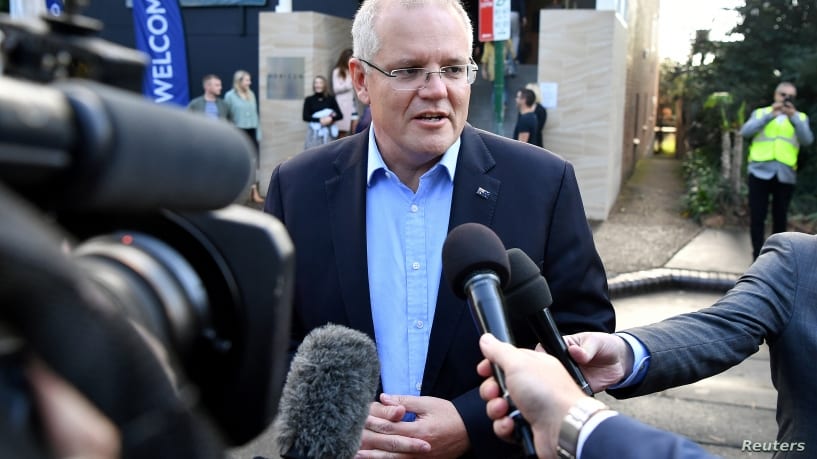 Australia has rescued the children and grandchildren of two dead Islamic State fighters from a Syrian refugee camp.

The Australian prime minister Scott Morrison said they could not be held responsible for the “crimes of their parents.”

For the three surviving children of the notorious Australian militant Khaled Sharrouf, the nightmare of Syria is over.  They are now reported to be in Iraq and will be resettled in Australia within weeks.

They are said to be traumatized and in poor health.  One has bullet wounds to her legs, while another, who’s still a teenager, is expecting her third child.  She was forced by her father to marry a jihadist when she was 13.  Sharrouf took his family from Sydney to the Middle East in 2014.

He made headlines around the world when he posed for a photograph in the city of Raqqa with his young son, who was holding a severed head.  It’s thought Sharrouf was killed in an airstrike two years ago.

He had previously been jailed in Australia for terrorism offences and released in 2009.  His Australian wife,  Tara Nettleton, a convert to Islam, reportedly died of medical complications in Syria in 2015.

“I mean the fact that you would take a child and put them in a conflict zone like this is despicable and I find it disgusting.  But the children can’t be held responsible for that,” he said.

The children – aged between 2 and 18 – were removed from a camp in northern Syria by an aid agency working with Australia.

The group includes three orphans of another Australian militant, Yasin Rizvic.  The rescue mission was the first of its kind by a Western government.  Concerns over security in Syria have so far deterred other countries, including Britain, Germany and the United States.

A lawyer representing Khaled Sharrouf’s children said that some Australians would not welcome them home because of their family ties to extremism.