Under the shadow of Asia Bibi: Life as a Christian in Pakistan 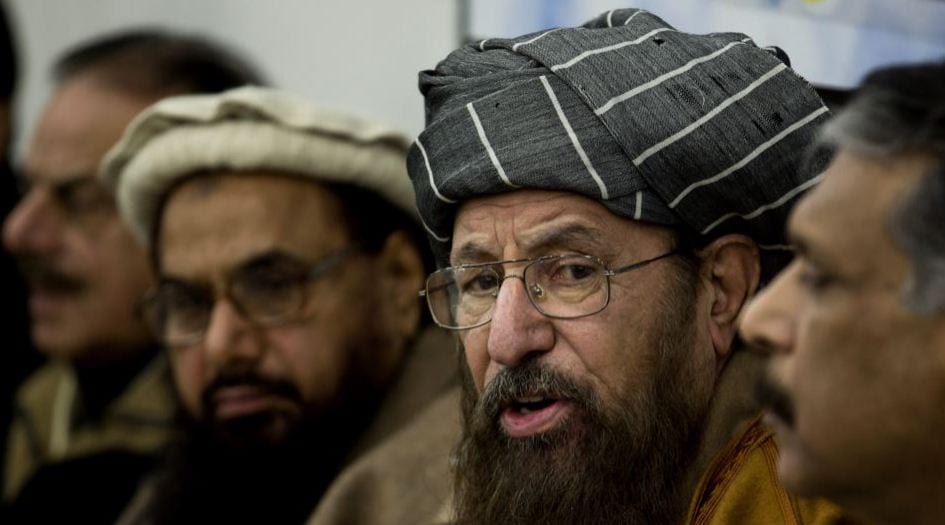 It’s been over 10 days since Asia Bibi, a Catholic woman, was acquitted on charges of blasphemy by Pakistan’s Supreme Court on the October 31.

Bibi, a mother of five from Punjab province was sentenced in 2010 after she was accused of defiling the name of the Prophet Muhammad during an argument a year earlier with Muslim women over drinking water. She was handed a death sentence and was on death row for nearly eight years before her acquittal.

The country’s strict blasphemy laws are a topic of great sensitivity in Pakistan; accusations of blasphemy have seen a surge in mob violence and lynchings in pockets of the country.

The supreme court’s judgment was lauded by liberal activists and lawyers across the country with Amnesty International calling for a “clear message” to go out that “blasphemy laws will no longer be used to persecute Pakistan’s long-suffering religious minorities.”

Still, the acquittal saw thousands of protesters take to the streets in anger at the Supreme Court’s decision.

Demonstrators called for Bibi to be hanged, and attacked the judges, the media, the army and any man or woman who dared defend her case.

An agreement has been reached between the government and the protesters following a lockdown of three days, but a bitter feeling of anxiety remains in the air.

Tehreek-e-Labaik Pakistan (TLP), a right-wing Islamist group, also only agreed to call off the protests on the condition that it would not prevent the group from handing in a petition to the Supreme Court to place Bibi on the country’s exit control list.

If approved it would mean that Bibi would not be permitted to leave the country. Her whereabouts are currently unknown, as she has been moved from her jail to an undisclosed location.

While speculation is rife about the safety of Bibi and her family, there are larger conversations at stake regarding the protection of Pakistan’s tiny Christian minority.

“Just want the situation to go away”

At the Cathedral in Pakistan’s garrison town of Rawalpindi, CNN is asked to visit in the early hours of the day to avoid drawing unnecessary attention to the site. Mothers shuffling in to drop off their kids at the neighboring convent avoid our gaze, looking away when we ask them about Asia Bibi’s case.

“Please don’t name us,” one says. “But we are Christians and if Muslims aren’t safe from these conversations then we are nothing to these people, we respect the judgment of the Supreme Court and that is paramount, I just want this situation to go away and for this tension to be lifted from our shoulders.”

One of the elder Christian gatekeepers at St Joseph’s tells CNN that he is “grateful for the presence of the military close to the church.” However, he notes that the sense of fear has “begun to haunt him” since the capital went into lockdown after the acquittal.

CNN tried to speak to members of the Christian community within parts of Islamabad and Rawalpindi but everyone approached was unwilling to speak for fear of retribution citing the charged emotions in the air in the aftermath of Bibi’s acquittal.

The shadow of blasphemy laws

Romana Bashir, a Christian rights activist based in Islamabad tells CNN that while the country’s blasphemy laws have severely impacted Muslims, the difference is that “unfortunately when a Muslim is accused it’s just an accusation on one person.”

She added that when someone from the non-Muslim world is accused, “the entire community is branded and labeled with the crime.”

Pakistan’s Christians make up only 1.59% of its population of more than 200 million, but as Peter Jacob, the executive director for the Center for Social Justice in Lahore says the impact of blasphemy laws on minorities is hugely disproportionate, with 50% of those accused being non-Muslims. Bashir adds that the lives of these individuals are tossed into a whirlwind of uncertainty.

When Bibi’s acquittal was announced, havoc erupted on the streets of Pakistan; roads were blocked with massive containers, rioters attacked cars with rocks and burnt tires, and anarchy and rage spread throughout the population.

Jacob tells CNN that his organization registered cases in which rioters asked travelers to divulge their religion, and if the revealed they were Christian, “they were taken out of their cars and beaten up.”

While the state provided extra security to churches and schools, Jacob revealed that “the mental and psychological scars” inflicted on the Christian community will endure in the “current climate of fear.”

While major militant-backed attacks on Christians have decreased, activists tell CNN that the main issue facing the community is systematic bias within Pakistani society. According to Bashir, in 2014, in an attempt to fill quotas for minorities in government jobs, Christians were regularly offered low-skilled positions such as sweepers and office laborers, rather than higher-level roles.

School textbooks still rarely mention the achievements of minority Pakistanis, while in the province of Punjab members of the Christian community occupy most of the slums in the region.

Bashir also tells us that according to research by her organization, the Peace and Development Foundation in Rawalpindi, there has been no attempt to politically engage minorities in recent years, with the number of allocated seats in parliament for minorities remaining static. Yet the overall number of seats has increased in the past decade, “automatically decreasing the representation of minorities.”

Bridges of harmony are burning

Bashir has worked for numerous years promoting women’s and minority rights and religious tolerance. In 2012 she was appointed by Pope Benedict XVI as an adviser for the Commission for Religious Relations with Muslims.

She has stated that there had been a lot of build up in the trust between Muslim community leaders and members of the Christian and other minority communities in recent years. That trust, she says, has been jeopardized by the uneasy atmosphere in the aftermath of the recent protests in the country.

“People on both sides are now afraid to come forth, there is no middle ground for discussion, there is no air for reconciliation, it’s like the bridges of harmony have been burnt in the aftermath of acquittal,” she said.

The whereabouts of Asia Bibi are currently unknown, shrouded in secrecy for her safety and survival. Unable to be free in her homeland, she must now escape under cover to far away lands offering her asylum and the promise of a more secure life. According to the Human Rights Commission of Pakistan, at least forty other people are reportedly on death row or serving life sentences for blasphemy.

In the shadow of this uncertainty, Asia’s fate is one which many Christians in Pakistan hope to avoid.