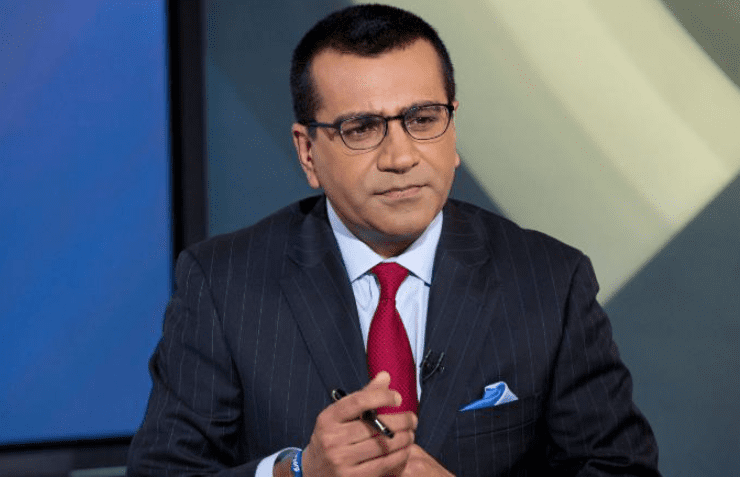 Veteran journalist Martin Bashir has said he “never wanted to harm” Diana, Princess of Wales, with his now disgraced BBC Panorama interview, telling the Sunday Times newspaper, “I don’t believe we did.”

In the 1995 world exclusive interview, Princess Diana confirmed Prince Charles’ relationship with Camilla Parker Bowles and described in frank detail how she believed royal life had made her bulimic.

An independent investigation published 25 years later by the BBC and led by retired judge Lord Dyson called the tactics Bashir used to secure the sit-down “deceitful.” The damning report found the then-32-year-old journalist had documents forged that suggested Palace staff were being paid to spy on the princess. Bashir, it said, took those to Diana’s brother, Earl Charles Spencer, and he was then introduced to Diana. It also found a previous internal BBC inquiry in 1996 covered up Bashir’s malpractice.

Bashir left his role at the BBC earlier this month citing health reasons before the findings were released Thursday.

He told the Sunday Times he and Diana “were friends” and continued to be close after the interview was broadcast, with the princess even visiting his wife at the hospital shortly after the birth of their third child. “We loved her. That’s what we wanted to protect, and that’s why I have never taken money, never said anything, never written anything.”

In the Sunday Times interview, Bashir expressed his “regret” over showing the fake bank statements to the princess’ brother, but insisted “it had no bearing on the interview.” He challenged Spencer’s timeline of events, arguing the documents were made after he had already started forging a relationship with the royal. He also described Spencer’s relationship with his sister as “difficult.”

He said: “Fairly soon after we met, she didn’t want me to communicate with him. She felt he would leak details of the interview and stuff, and felt that he wasn’t trustworthy.”

Dyson said in his report that he found Spencer “a credible and convincing witness” while “there are significant parts of Mr. Bashir’s account which I am unable to accept.”

He also said Diana would “probably have agreed to be interviewed by any experienced and reputable reporter in whom she had confidence even without the intervention of Mr. Bashir.”

However, Prince William, the Duke of Cambridge, this week slammed the BBC for contributing “significantly to her fear, paranoia and isolation” felt by his late mother in the years before her death. The duke also accused the BBC of commercializing a “false narrative” about his mother. William’s brother — Prince Harry, the Duke of Sussex — issued an equally emotional statement after the report in which he said, “The ripple effect of a culture of exploitation and unethical practices ultimately took her life.”

In the Sunday Times interview, Bashir apologised to the dukes of Cambridge and Sussex saying he is “deeply sorry,” but disputed the charge he fueled Princess Diana’s isolation and paranoia. “Even in the early 1990s, there were stories and secretly recorded phone calls. I wasn’t the source of any of that,” he said.

Earl Spencer has suggested a direct link between the Bashir interview and her death. “The irony is that I met Martin Bashir on the 31 of August 1995, because exactly two years later she died. And I do draw a line between the two events,” he said in a new BBC Panorama documentary broadcast Thursday night.

Bashir told the Sunday Times, “I don’t feel I can be held responsible for many of the other things that were going on in her life, and the complex issues surrounding those decisions.” He added, “I can understand the motivation [of Earl Spencer’s comments] but to channel the tragedy, the difficult relationship between the royal family and the media purely on to my shoulders feels a little unreasonable … The suggestion I am singularly responsible I think is unreasonable and unfair.”

Bashir’s concern now, according to the Sunday Times, is that people will remember Diana’s groundbreaking interview for the scandal rather than what she said. “I would love for people to reflect on … what a trailblazer she was.”

He continued, “She was a pioneering princess. When you think about her expressions of grief in her marriage, when you think about the admission of psychiatric illness — just extraordinary! And her sons have gone on to champion mental health.”

He added, “I don’t understand — 25 years later — what the purpose of this is ultimately? Okay, maybe you want to destroy me, but outside of this, what’s the point? I did something wrong … but for pity’s sake, acknowledge something of the relationship we had and something of what she contributed through that interview!”

Bashir told the Sunday Times he hopes people will believe that he has redeemed himself. “I was a young man [32] when the interview took place,” he said. “I hope that people will allow me the opportunity to show that I am properly repentant of what happened.”

On Sunday morning, Sky News reported that Earl Spencer has written again to the Metropolitan Police to review the practices used to obtained the 1995 interview in light of the Dyson report’s conclusions. London’s Metropolitan Police said Friday they will assess the report to “ensure there is no significant new evidence” after ruling out a criminal investigation in March.

Meanwhile, UK Home Secretary Priti Patel said Sunday the publication of the Dyson report was a “significant and serious moment” for the BBC.

Speaking on the BBC’s Andrew Marr show, Patel described the statements from Princes William and Harry as “utterly heartbreaking” before saying that the British broadcaster’s reputation “has been compromised.”

“Lessons will have to be learned. No question about that and also there will also be work on regaining trust and confidence and working with the government going forward looking at the mid-term charter review next year,” she said, adding that issues of accountability, trust and confidence need to be addressed.

Her remarks came a day after it was revealed former BBC director-general Tony Hall, who led the previous internal investigation in 1996, quit as chairman of London’s National Gallery.

“I have always had a strong sense of public service and it is clear my continuing in the role would be a distraction to an institution I care deeply about,” Hall said in a statement. “As I said two days ago, I am very sorry for the events of 25 years ago and I believe leadership means taking responsibility.”