Why is China blurring men’s ears? 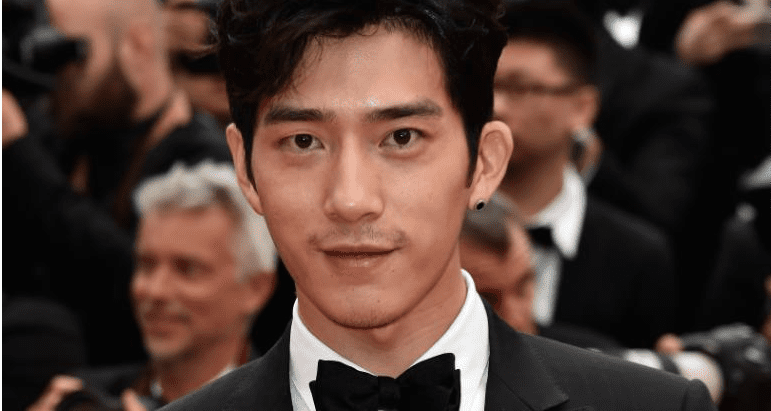 Chinese TV personality Jing Boran has something on his ear that authorities don’t want you to see.

In the latest episode of the popular Chinese reality TV show “I, Actor,” the young star’s face is digitally altered to blur out his earrings.Jing, who held lead roles in Chinese box office hits “Monster Hunt” and “Time Raiders,” is not the only victim of the alleged “earring ban.” Images circulating on Weibo, China’s version of Twitter, show several other young male stars with blurred circles on their ears.

It’s unclear if Chinese regulators have issued a specific directive barring men from being shown wearing earrings, or whether TV stations are reacting to a shift in what is considered culturally appropriate.
last year, China’s media regulator banned TV stations from featuring actors with tattoos. Depictions of “hip hop culture, sub-culture and immoral culture,” were also banned according to Chinese state media.
Grace Leung, a professor at the Chinese University of Hong Kong’s School of Journalism and Communications, said the decision to blur earrings is likely influenced by the government’s desire to minimize Western impact in China’s pop culture.
“This is a consistent policy of purify their pop culture from the Western influence and strengthening the Chinese characteristics of manhood,” Leung, who teaches media regulation and policy issues, told CNN in an email.
China’s broadcasting authority did not immediately reply to CNN’s request for comment Friday.
Chinese fans were quick to criticize the ban on Weibo, accusing authorities of holding men and women to different and outdated standards of beauty.
“This is gender stereotyping … and ignores the diversity of different groups,” user Eryn01 said.

“They control more and more,” said blogger Chen Sanyi. “If a female star has short hair, will her whole head be blurred? How about banning all those female stars who look genderless and guide girls not being neither female nor male?”

China’s censors are some of the strictest and most technologically advanced on the on the planet.
When it comes to television, the country’s regulations previously barred programs from airing content that expresses “overt admiration for Western lifestyles,” jokes about Chinese traditions or defiles “classic materials.”
“China is still a strong patriarchal society which have a distinctive male and female hierarchy in many local communities,” said Leung, the professor.
“Seeing men wearing earrings, in many traditional men’s point of view, is a deteriorating of their social status and respect.”
The country’s censors have also been quick to black out content on LGBT issues. Guidelines released in China in 2016 characterized homosexuality as an “abnormal sexual behavior” unfit for Chinese television, alongside incest, sexual abuse and “perversion.”