Parliament will not reconvene to debate bills rejected by Uhuru 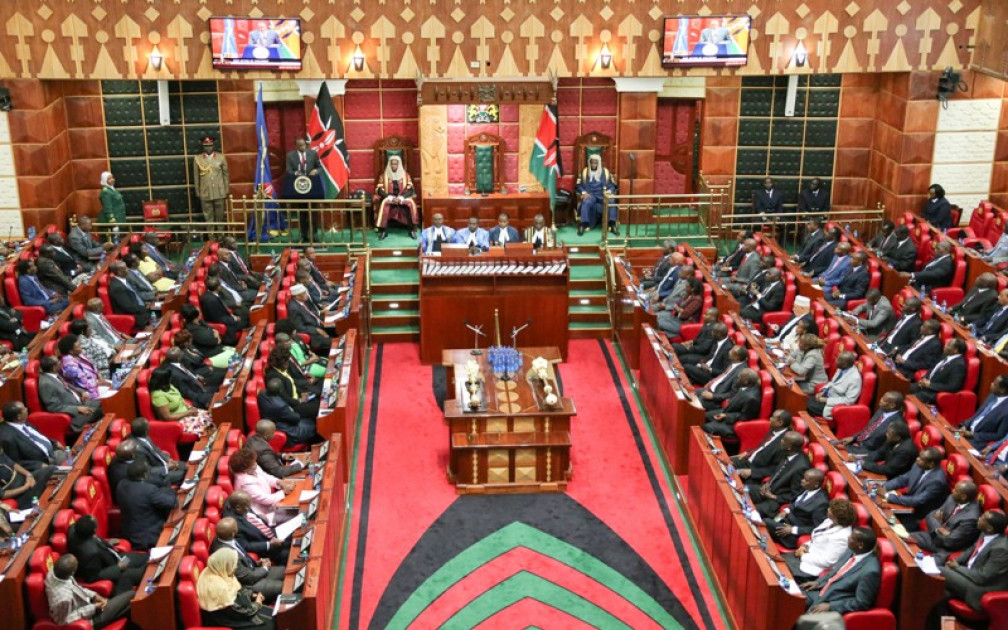 File image of a past National Assembly session. PHOTO | COURTESY

Members of Parliament will not reconvene to discuss recommendations on three bills that were rejected by President Uhuru Kenyatta at the assent stage this week.

In communication to the MPs, National Assembly Speaker Justin Muturi said the bills cannot be reconsidered as the House has since proceeded on indefinite recess ahead of the August 9 General Election.

The three bills include the Insurance Professionals Bill, the Higher Education Loans Board (HELB) (Amendment) Bill, and the Information Communication Technology Practitioners Bill.

“That the House being on Sine Die recess, the three bills may not be reconsidered and shall therefore lapse at the end of the 12th Parliament in accordance to provisions of Standing Order 141,” Speaker Muturi stated in a notification on Wednesday.

The shelved bills can now only be reintroduced in the next Parliament that will be sworn in after the General Election.

The ICT Practitioners Bill is the most controversial of the three shelved bills and had proposed that all ICT practitioners be regulated by the parent ministry.

However, in his memorandum to Parliament, President Kenyatta called for the change in the definition of ICT which he says, in the current form, would risk classifying all Kenyans as practitioners.

“The definition of ICT is so broad that it captures the entire population. Given that mobile phone penetration in Kenya is at 100 per cent, going by the definition of ICT and ICT practitioner, the majority of the Kenyan population will be classified as ICT practitioners and consequently, required to be registered and licensed under the bill,” read part of the memo by President Kenyatta.

As for the declined HELB Amendment Bill, President Kenyatta took issue with the proposal to commence the recovery of student loans after graduates secure employment.

He warned that some students may take advantage of the provision to lie about their status of employment in view of delaying payments.

As such, the Head of State proposed the deletion of the clause to have the repayment of student loans commence upon the completion of studies.

“Graduates who are not in formal employment or those that are self-employed are not likely to declare that they are generating income and are likely to fail or delay repaying their loans,” stated the President.