DP Ruto: I am not competing against President Kenyatta, we are friends 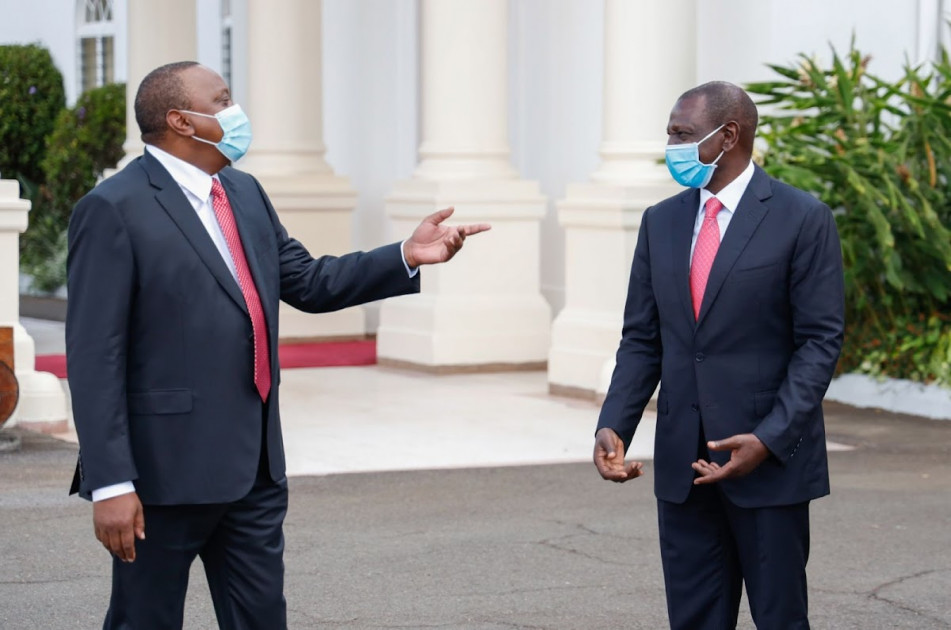 Deputy President William Ruto has come out to defend the much publicised fallout between him and his boss President Uhuru Kenyatta.

The Deputy President painted a rosy picture of the once-blooming bromance that appeared to suffer irreparably following the March 12 handshake that brought the then NASA chief Raila Odinga and President Kenyatta together.

DP Ruto who was speaking to Inooro TV on Tuesday said that he was not in competition against the Head of State.

DP Ruto’s allies have long castigated the Head of State, accusing him of sidsidelining  deputy who was instrumental in their election to the top job in 2013 and 2018.

The second in command went on to call out his political rivals to face him head-on instead of 'hiding' behind President Kenyatta in order to garner his support in next year’s General Eection.