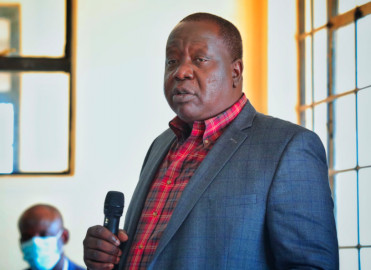 According to the CS, such attacks are unwarranted and they risk demoralising and dehumanising innocent public servants who lack the opportunity to defend themselves.

“Bwana Kihara is one of our most experienced public servants who has risen through the ranks. Uasin Gishu is not even his first station; he has worked everywhere. Let us stop profiling public servants. As the supervising minister for County commissioners I have no report on any misconduct on the part from Kihara,” the CS said in Nyamira on Friday.

The CS, who alongside Interior PS Karanja Kibicho,  has been on the receiving end of attacks by UDA leaders similarly challenged politicians to exploit public forums to pitch for their manifestos and that of their parties and preferred candidates instead of waging personalised wars on public officers.

He consequently advised political leaders with genuine grievances against public officers to exploit available formal channels to raise them.