Azziad says she knew about E! People's Choice Award nomination in June but kept it lowkey 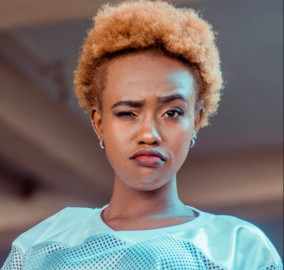 Speaking on Citizen TV’s 10 over 10 show on Friday, Azziad said, “My management team and I got to know about my nomination news in June but we had to lay low until it was officially announced.”

The content creator has managed to build her brand, doing so many things, and doing them excellently at it.

“Ever since I was a kid, I have never wanted to be a doctor or lawyer. I have always wanted to be on television and radio and go international. That is one of the things that led my journey and mindset,” she said.

The on-air personality started acting after Form Four when she joined ‘Hearts of Art’ and learned most of her acting skills.

“I joined TikTok in 2019. By the second month, I was already eligible to be verified. I was however not verified because I had not been on the platform for 6 months, which was a requirement by then. I remember there’s a time I gained over 50,000 followers in a day,” she said.

The 21-year-old now commands a following of 1.5 million on TikTok and an additional 1.3 million on Instagram.

Azziad says that in addition to a lot of prayer, she knows what she wants, without hurting anyone and that is what helps her remain focused.

“When I went through cyber bullying, it was one low moment in my life. I wanted to delete all my social media handles but people around me came up and saved the situation. Where I’m at is because of God, my hard work and having an amazing following online,” she said.

The social media space has become very huge at the moment. Everyone wants to grow his or her social media following. Azziad spoke on genuinely growing your following, noting that it is not easy.

“It is not something that happens overnight. Be consistent, know what you want and let your head remain in the game. Be patient on yourself,” she said.

When asked if social media pays, she said, “You have no idea the amount of money that companies are ready to pay social media content creators.”