August 2022: Folks, it is just an election, so relax and enjoy 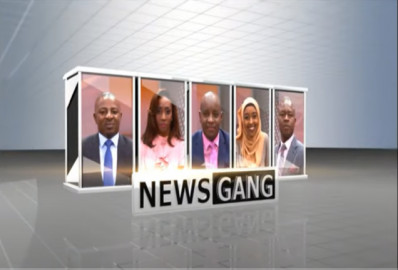 Joe: We end our night as we began, jointly with one shared message. On this first show of the year, our last words will seek to underscore what we hope to see in this consequential year – a unity of purpose, as a new chapter is written in the history of our nation. And so the take, the angle, the kicker, the punchline and the memo are all rolled into one, in a collective rallying call that should pre-occupy us for the next several months.

Francis: In about 200 days from tonight, every village in Kenya will rise early morning to elect new Members of the County Assemblies, new Members of Parliament, new Governors and yes, a new President, the fifth President of the Republic of Kenya. Some of the leaders will of course not be new, considering they are the same usual faces, but they will be getting a new mandate, and in some cases, new offices.

Linus: Indeed, new offices and maybe new faces. Yet, the responsibility the same old solemn one for the citizen and voter. The weight of the democratic duty to choose has never been heavier on voters. It is already being billed as a high stakes election whose true highlight will be the election of only the 5th ever person top occupy the office of President since Kenya’s independence in 1963.  That alone is such a monemental decision for voters.

Francis: And getting it right is not what we have done these first few days of the year. To put it plainly, we have started the year on a wrong note. From the tone to the substance of the political campaigns, politicians have already gone astray with utterances that are barely thoughtful, and acts of violence for which they would not claim innocence.

Linus: Yes, and innocence has taken such a nasty beating in under 20 days with several politicians being cited for hate speech and at least one political rally witnessing mindless mob violence. Even as the law takes its course, politicians should consider honoring the maturity of our independence and the age of our democracy, and resolve to do things differently; even if just this once.

Joe: Indeed, maturity for example would remind every leader that democracies are about competition of ideas and not fists and brawn. Every politician and aspiring politicians as many as shall be this year, should take a moment to reflect on the solemnity of the exercise before us this coming august. The sheer gravity of that date with voters should in itself persuade Kenyans that mindless utterances, stones and teargas do not even have a place in the equation.

Francis: Here is our simple proposition; how about you make 2022 an issue-based election and I mean, a genuinely issue-based election. For a country whose economy is struggling and for campaigns peopled by thousands of unemployed youth and poverty-stricken adults, the plate is really full with real issues for any aspiring politician this year. From the wards to constituencies and counties to the national government, time has never been riper for political cool-headedness.

Joe: Indeed, and allow us to hope that politicians and aspiring politicians will accept that they, and not the voter, bear greater responsibility for the tone of our politics. We keep the hope that civility will triumph over primitive muscularity, and reason over nose-blunting utterances. This is our hope and Take, memo and angle, punchline and kicker. And hey…Happy New Year!