ANC Sec Gen. Gikuru to Uhuru: It is time for Kenyan youth to lead 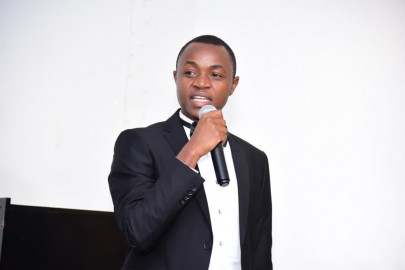 Speaking on Monday on Citizen TV’s Day Break show, Gikuru accused the president of being impractical for dismissing Raila as dated during the 2017 General Election, only to present him as the ideal candidate five years later.

“I think as Uhuru Kenyatta’s term comes to an end, the more he loses touch with reality. This is the Head of State who campaigned on the platform of digital versus analogue, so you can imagine if a certain product was analogue in 2017, what about now?” posed Gikuru.

“It must be totally expired and unhealthy for consumption. If in 2017 you were telling us a certain candidate is analogue and then you now start giving us an analogy of a mzee who is walking slowly and who will do the marathon… he must take Kenyans seriously,” he added.

Gikuru further argued that it is time for Kenyan youth to be given a chance at leadership, saying that Kenya has been led by old people since independence.

“Young people in this country, and they constitute the majority of the population and voters, can no longer wait to live their dreams and give their contribution to nation building,” stated the Secretary-General.

Just last week, President Kenyatta gave what might be termed as the clearest indication that he is endorsing Raila as his successor, saying age was a non-issue while rooting for peace and national unity as critical ingredients in determining the 5th head of state.

Kenyatta was seemingly directing his salvos at DP Ruto, who has fashioned his State House bid as anchored on the young electorate and the small-scale traders while characterising the ODM chief as old and past his sell by date politically.