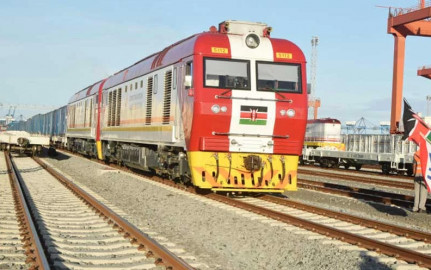 The Kenya Railways Corporation has continued to bleed as it remains in loss-making territory for yet another year.

According to data from the Consolidated National Government Investment Report covering the 2020/21 financial year, the railway operator booked an unchanged loss of Ksh.24 billion.

The loss by KRC was the heaviest among State Corporations in the period that also saw the Kenya Airports Authority (KAA) post a Ksh.7.1 billion net loss.

The persisted loss making by Kenya Railways has been attributed to losses posted on its Standard Gauge Railway (SGR) operations whose revenue continues to trail operating costs since launch.

During the physical year which heavily featured disruptions by the COVID-19 pandemic on KRC operations, the SGR service ferried 1,249,401 passengers earning Ksh.1.367 billion in the process according to provisional data from the State Corporation.

Passenger movements on the SGR were somewhat restricted by COVID-19 containement measures even as the government allowed the service to run during the 10pm to 4am curfew.

The service did not move any passengers in May and June last year following the imposition of an inter-county movement freeze to contain the spread of the pandemic.