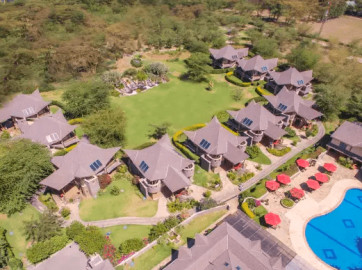 Employment in the hotel industry and operations have rebounded to pre-pandemic levels on the lifting of the nighttime curfew according to a new survey by the Central Bank of Kenya (CBK).

The survey of hotels conducted between November 17 and November 19 showed employment levels in the sector improved to 78 per cent during the month, the highest rate of employment recorded since March 2020.

“This indicates increased demand for hotel services leading to recalling of the suspended and/or hiring of new workers,” noted the survey.

Similarly, the average bed occupancy, utilization of restaurants and conference services have also improved to their highest levels since the onset of the pandemic.

One quarter of hotels stated that they expect to resume normal levels of operations by the end of the year compared to just 14 per cent of hotels in September.

“The shift in expectation is attributed to lifting of curfew that had constrained business since the beginning of the pandemic. In addition, the optimism is further driven by low infection rates and intensified vaccinations in the country,” added the survey.

“Contrary to 2020, the businesses expect to significantly benefit from the December holidays and festivities.”

Local guests took up 76 per cent of the services in November increasing their share from the pre-pandemic era.

Hotel forward booking across the next four months is recovering in spite of the ever-evolving COVID-19 concerns with outlets in Mombasa recording the highest level of bookings from November through to February.

The survey findings are leading indicators to an industry on the rebuild following the devastation of the pandemic which saw the operations of the sector heavily constrained by measures put in place to contain the spread of COVID-19.

The sector has been the worst hit by the pandemic and contracted by 47.7 per cent in 2020 before contracting again by 31.1 per cent in the opening half of 2021.

The number of formal employees in the sector similarly fell by 38.7 per cent to 51,500 last year as wage payments likewise sunk by 42 per cent to Ksh.21.4 billion.