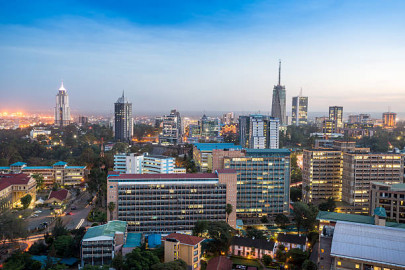 An aerial photo of Nairobi City.

Nairobi has been ranked the overall best city to live in by expatriates.

Johannesburg is Africa's worst and the 55th out of the 57 world cities which the survey covered.

Expats ranked Kenya 10th under the ‘leisure options’ subcategory, while in terms of feeling at home and friendliness, Kenya was ranked 19th.

Additionally, Kenya is 16th best regarding the ease of finding friends and the 15th best city for career prospects and satisfaction.

In the personal finance category, which assessed expats’ satisfaction with their financial situation, Kenya ranked 18th.

Expats also said that they felt secure and safe in Finland, and the least secure in South Africa.

“Johannesburg is also the one that does worst in the Quality of Urban Living Index (57th). Its results for personal safety are particularly staggering — 68% of expats do not feel safe there,” stated the report.

Regarding health and well-being, Kenya was fifth-worst and the USA came in as the worst.

InterNation is the world’s largest community of expatriates, and their survey reached 12,420 respondents.

For a city to be featured in the Expat City Ranking 2021, a sample size of at least 50 survey participants per city was required.