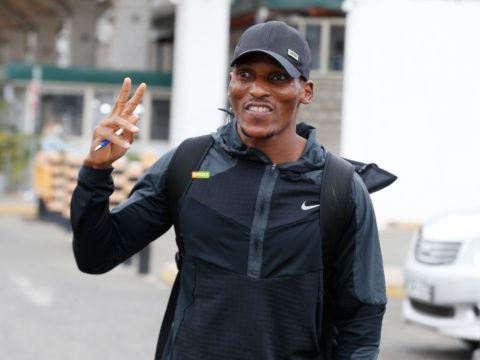 Commonwealth Games 400m champion Isaac Makwala of Botswana is seeking to secure qualification for next year’s World Championships at the Kip Keino Classic on Saturday.

Makwala will challenge for the men’s 200m title with a mouth-watering clash against Olympic 100m silver medallist Fred Kerley of the US.

Making his third visit in Kenya, Makwala will be hoping to end his season on a high at the Kasarani Stadium.

With the World Championships qualification window having already opened on July, the 34-year-old is fired up to hit the required 20.24 seconds.

“I am happy to be in Kenya and more so to be back in Africa since May when I left to prepare for Tokyo Games. Since this will be my last competition of the season, I am here to run fast, my target is to hit the qualification mark for next year’s World Championships. I know it is possible having watched junior athletes post incredible times at the World Under-20 Championships,” said Makwala.

Makwala said he is set to hang up his spikes next year after the Commonwealth Games in Birmingham where he will be defending his title.

The athlete is still weighing up options of exploring coaching after his retirement from the sport and follow on the footsteps of his coach Justice Dipeba who is also a former sprinter turned tactician.

“It is my plan to defend my title at the Commonwealth Games then I call it a day. Most probably if will be following in the footsteps of my coach,” he said.

Makwala could not hide his delight upon leading Botswana to a bronze medal in the 4x400m relay at the Tokyo Olympics.

“Our target was to get a silver medal but we ended up with a bronze medal which made us very happy since it was the only medal we got in Tokyo. It was also our first medal since the silver won by Amos in 2012 and so it was a big deal for us,” remarked Makwala.

At the same time, Makwala hailed the rise of sprints in the continent backing Africa to dominate the short races in the near future.