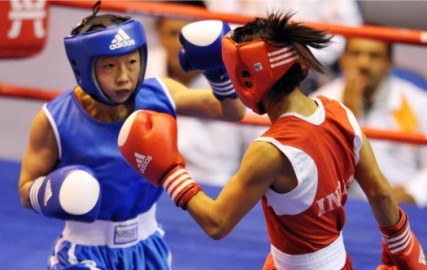 The Boxing Federation of Kenya Director of Communications Duncan Kuria has said that the Women's World Boxing Championship scheduled for next month in Turkey is set to be postponed due to the host country’s COVID-19 situation.

The tournament was planned from 4-18 December in Istanbul but organisers have grown sceptical.

"AIBA have announced that the rate of Covid-19 infections has gone high and they are projecting that more infections will be witnessed in December and January.

“They are waiting for the final report this week before announcing the postponement because many countries have expressed reservations about travelling to Turkey because of the COVID-19 cases there," Kuria said.

Turkey reported 27,824 new cases of COVID-19 infections on Monday while 187 people died on the same day with experts attributing the surge to the delta variant of the virus.

Kenya was to be represented in the competition that could now be held in the first half of next year.

For the first time ever, the AIBA announced a prize money fund of $2.4 million for medal winners across 12 weight categories.

The world body recently conducted the men's world championship in Belgrade and even welcomed fans into the arena.

Duncan Kuria has on the other hand requested more athletes to take female boxing because participation slots for female boxers at the coming Olympics has been increased.

"Women's chances of representing Kenya are high because in the coming Olympics in Paris, France 2024 the number of female boxers will be the same as that of men because the IOC has brought gender parity.”