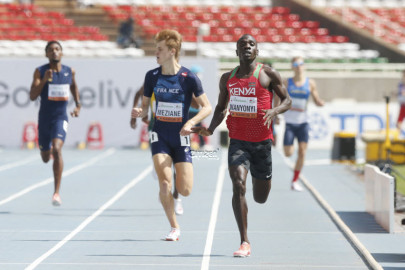 World Under-20 800m champion Emmanuel Wanyonyi is among five nominees who have been shortlisted for World Athletics Male Rising Star of the Year award.

Wanyonyi won a gold medal at the World Under-20 Championships held in Kasarani in August where he also ran the fastest time this season for juniors of 1 minute 43.76 seconds.

Wanyonyi will battle it out for the award with the World Under-20 110m hurdles champion Sasha Zhoya of France and World Under-20 3000m champion Tadese Worku of Ethiopia.

The winner of the award will be selected by an international panel of experts and be announced live at the World Athletics Awards 2021 slated for December 1.