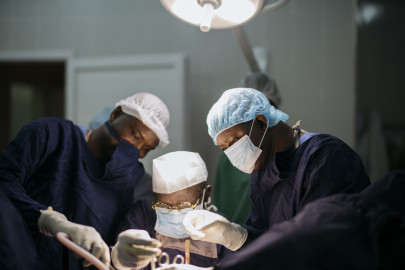 Sixty women suffering from fistula are set to benefit from free surgeries being conducted by a team of doctors at the Nyeri Referral Hospital.

The program is subject to a partnership between the Flying Doctors, M-PESA Foundation and Royal Media Services.

According to Nyeri County Health CEC Dr. Kwai Wanjaria, a lot of Fistula cases in Nyeri county are mainly as a result of age. Only a few are due to prolonged labour as 95% of the deliveries in the county take place in hospitals.

Dr. Wanjaria stated that the county government of Nyeri has plans to have spontaneous surgeries taking place at the County Referral Hospital.

Tanya Nduati, a Flying Doctors representative, echoed Wanjaria's words saying that the team hopes to eradicate fistula in the country by the year 2030 by holding camps across the country.

“There are 3,000 women in the country who get fistula every year with over 2 million women living with the condition in Africa,” Nduati said.

The CEC also noted that the camp will be on for a week but they plan to have the surgeries throughout for free.

At the same time, Doctor Juma a gynecologist based in Nyeri stressed the need to create awareness among women by alerting them that help is available.

“A lot of cases go unreported and many people suffer in silence because of a condition that can be easily rectified,” he stated.

Two victims of fistula explained how they had lived without the knowledge of where they can get help as they and many others are ashamed of talking about the condition that leaves them isolated and alone.

Mary Mumbi, not her real name, said she has lived with the condition for seven years and has suffered untold pains. She says she has been discriminated against in her village and the condition has also affected her marriage.

Irene Kamau, also not her real name, says she has had to live with sanitary towels throughout since 2018 when she got the disease after delivering twins.