‘I cleaned up illicit brew in Murang’a and women started getting pregnant again,’ Natembeya says 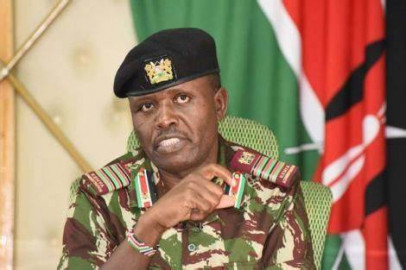 Natembeya, who on Wednesday announced his resignation to focus on his political ambitions, stated that he is proud of restoring sanity in the district, saying one could hardly find a pregnant woman due to alcoholism among men.

Natembeya said with the help of determined Murang'a residents, he was able to implement the Alcoholic Drinks Control Act, famously dubbed ‘Mututho Law’.

The straight-talking administrator attributed his work ethic to former Internal Security Minister, the late John Michuki, from whom he learned the ropes while serving as his personal assistant.

Natembeya rose through the ranks from being the no-nonsense minister's assistant, through serving as a District Officer, District Commissioner, County Commissioner, up to his latest post.

He has served in the public service for over two decades and has plunged into the race for the Trans Nzoia gubernatorial post.