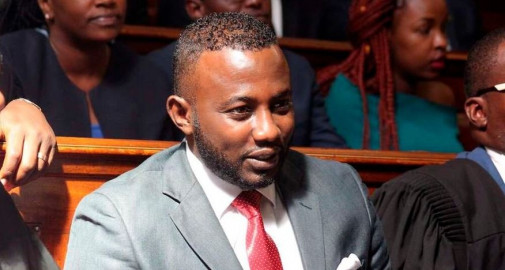 A woman was on Saturday night rushed to hospital in Nanyuki with gunshot injuries after reportedly quarrelling with Lamu Senator Anwar Loitiptip.

Confirming the incident, police officers from Nanyuki Police Station said they were notified of a shooting incident at Kanu Grounds in Nanyuki Town.

Upon arrival, they established that one Joy Makena, 32, had been shot on her right leg above her ankle in the 2a.m incident.

Police further said they recovered two spent 9 mm cartridges from the scene, a firearm, and 13 rounds of ammunition.

When reached for comment on Sunday morning by The Standard, Senator Loitiptip said he was attacked at the hotel in Nanyuki and had fired in the air to scare his attackers away.

"I am at a hospital for some checkup and will speak on the matter later, but the truth is that I was attacked by a knife-wielding gang last night," he said.