Kisii: Suspects detained for 10 days over killing of four people on witchcraft claims 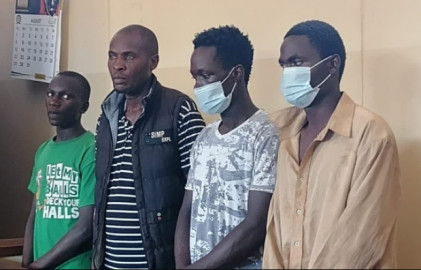 Police in Kisii have been allowed to hold four suspects in connection with the lynching of four people in Marani sub-county for 10 more days.

The suspects were arraigned at the Kisii High Court on Tuesday following the killing of four people suspected to be practicing witchcraft at Nyagonyi village.

However, they did not take a plea as prosecution, led by Simon Muriuki, and the Directorate of Criminal Investigations (DCI) requested for 14 days to conclude probe.

The magistrate only granted 10 days, further directing that the suspects be brought back to court on October 29, 2021.