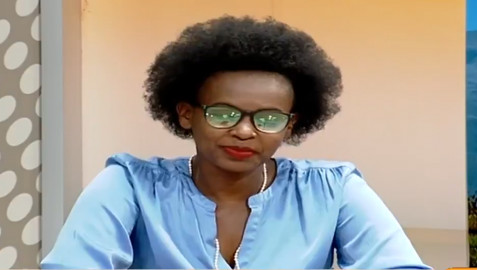 Wiper Nominated Senator Sylvia Kasanga, while speaking on Citizen TV’s Day Break show on Tuesday morning, blamed the loss on “moles” she claimed were paid to compromise the party, right from the nomination stage.

“Wiper was infiltrated from UDA, from Governor Mutua’s camp…they had all infiltrated. We had moles everywhere, people were paid, and it was very different even to hold a strategy,” Kasanga said.

“Even our nomination was infiltrated and that is where for us, as Wiper, the train derailed; and we now know.”

In the Nguu/Masumba by-election, Timothy Maneno, who ran as an independent candidate, won the seat after garnering 2,894 votes ahead of the William Ruto-led UDA candidate David Musau (2,223) and Kalonzo Musyoka’s Wiper party aspirant Eisho Mwaiwa (1,601).

“That independent candidate was actually the one who should have got the Wiper ticket, we had operatives who had infiltrated (the party) so somehow they cooked up the nomination, which was very unfortunate,” said Senator Kasanga.

“When we were speaking to ourselves, we said we are grateful that actually this has happened ahead of 2022, because then we are able to weed out all those people. And we know them,” she stated, adding that the party is now embarking on a mission to “clean up house.”

The Nominated Senator further added: “We don’t take it as a big knock, we take it as a big learning lesson to prepare. We are unraveling the issue that happened right there and the details are coming out now, we are beginning to become aware of really what happened.”

Senator Kasanga however dismissed claims that the by-election turn-out is a reflection of Kalonzo Musyoka’s influence across Ukambani, terming such reports as a complete fallacy.

“The minute we lost Nguu/Masumba, we have people who came out to attack Wiper and our party leader, as if that is the only thing that can determine how strong Kalonzo Musyoka is,” she stated.

“Just because ODM is now upbeat and running and the Deputy President has been running does not mean that we are just going to election next year (unprepared), we still have time.”