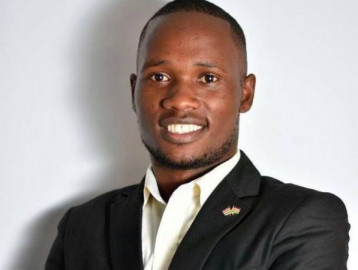 A Kenyan entrepreneur has been shortlisted for a continental award for his excellence in technological innovations.

Anthony Muthungu, a local USB cable manufacturer who runs Totosci Holdings, was shortlisted for the highly coveted Kenya-South Africa Chamber of Business award along with three others.

In an interview with Nation, Muthungu expressed his delight saying it serves as a motivation to upcoming local entrepreneurs.

“I am elated to be among the participants of the conference that will be held in November in South Africa. It means that our work is being noticed and it pushes our morale to keep doing better,” he said.

The envied South African award focuses on celebrating the innovations across the African continent by companies and individuals in a bid to foster economic growth and turn challenges into opportunities.

Muthungu's manufacturing business is situated in Kiangwaci, Kirinyaga where the tech guru manufactures high-quality USB cables which he says cost Ksh.300 per cable.

The innovator also went on to explain the perceived 'high pricing' of his USB cables saying his product brand is of high quality compared to most imported ones.

“I have no complaints because my business is attracting customers every day,” he said.

Despite Muthungu being hopeful of bringing home the award, his main focus is centered on being able to create opportunities and encouraging others to be creative.

“I am hoping that we win by garnering as many votes from family and friends… and even if we do not bring it home, it does not mean that one’s idea is inferior,” he said.

Since his debut in production early in August this year, he has produced about 9,000 USB cables, of which 1,619 have been sold out.