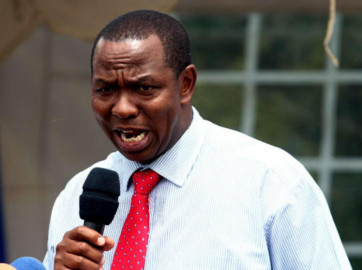 The Laikipia County government has condemned the alleged cover-up of the murder of Agnes Wanjiru, a 21 year old mother killed by a British soldier in Nanyuki 9 years ago.

A statement by the office of Governor Ndiritu Muriithi released on Tuesday read in part:

"Revelations of the murder of a 21-year old mother, Agnes Wanjiru in Nanyuki are distressing and unacceptable. For one of the soldiers to murder a young mother and literally get away with it for nine years is unthinkable and contemptuous of our hospitality."

The county government demanded for justice for the late Wanjiru, calling for quick action against the perpetrator of the crime.

''As a government, we believe that no amount of economic benefit derived from the presence of British soldiers in Laikipia, outweighs the life of one of us. We are demanding immediate action against the murderer as well as anybody who conspired to cover-up the murder,” read the statement.