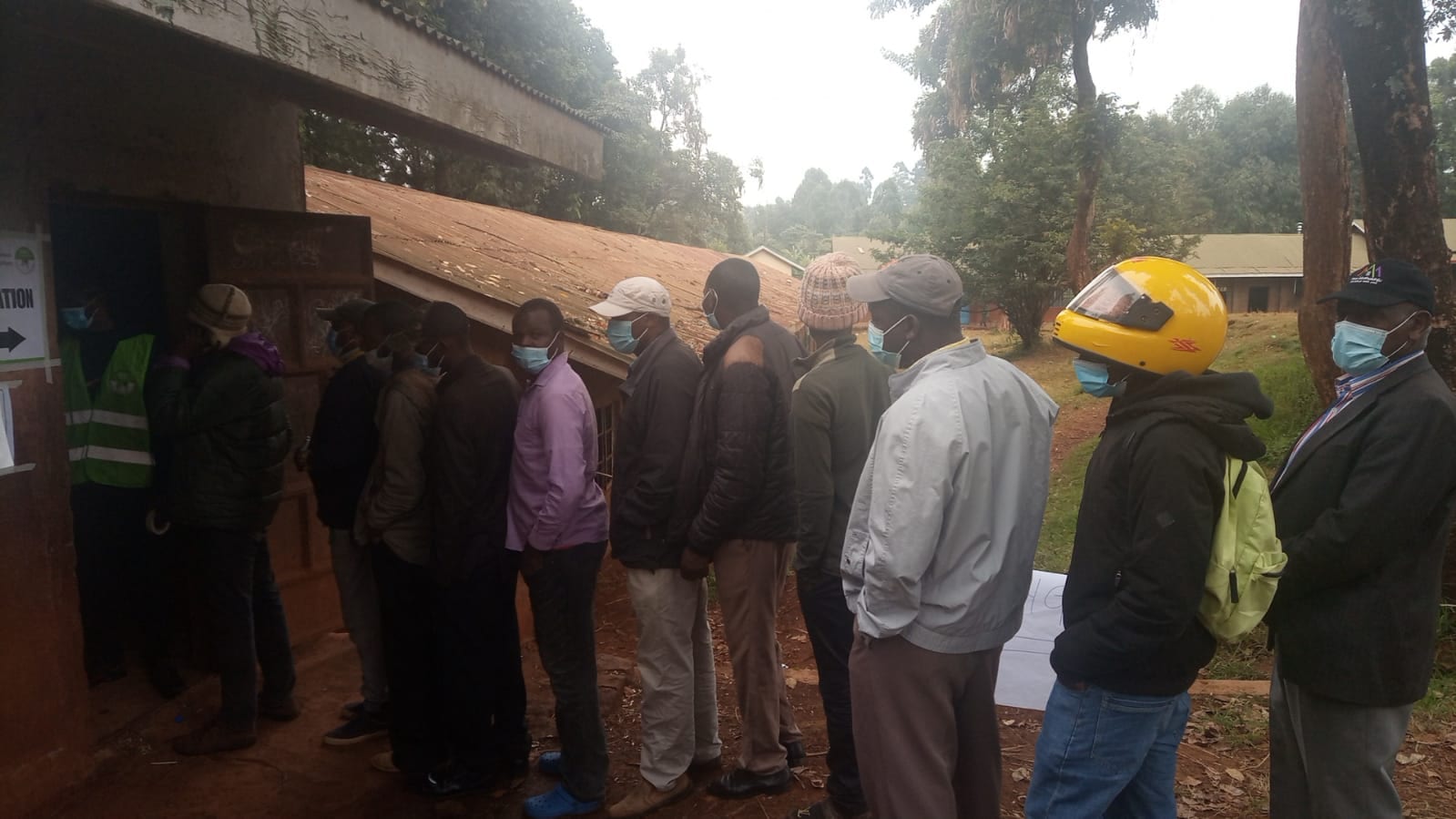 After weeks of heated campaigns, voting in the closely contested Kiambaa parliamentary seat mini vote began at the crack of dawn on Thursday morning.

A total of 96,000 people are anticipated to vote in the election to replace MP Paul Koinange, who died in March.

The votes have not been without drama; on Wednesday night, the Jubilee party had to make a statement after rumors spread that its candidate had dropped out of the contest.

“Even propaganda requires some intelligence. It is utterly absurd that some desperados can bank on a propaganda of disinformation claiming withdrawal the Jubilee Party candidate in the Kiambaa by elections scheduled for tomorrow.” Jubilee Secretary General Raphael Tuju said on Wednesday.

The party argued that their candidate was still on the ballot, accusing their opponents of anticipating a loss.

“Shame on those opponents that after sensing defeat have resorted to use an old , tired and primitive disinformation tactic used some time in the 1960s. Even then it never really worked. It is certainly nonsensical during this information age. ” Tuju added.

On a bigger scale, commentators believe that the polls are at the heart of the squabble between the DP Ruto-linked UDA and Uhuru-allied Jubilee party.

The poll will be used as a yardstick to weigh in on the 2022 General Elections, according to politicians in the thick of the campaign.