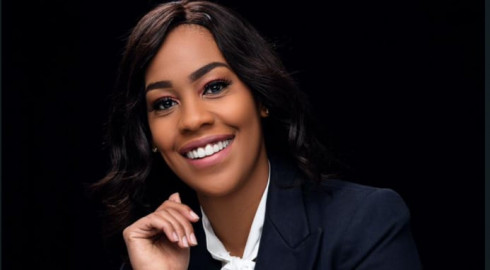 Celebrated journalist and Citizen TV news anchor Victoria Rubadiri is back in the country after an extensive three-month training program at the British Broadcasting Corporation in London.

Rubadiri was feted with the prestigious BBC Komla Dumor Award in September last year and began her placement at the British broadcaster in September.

The program saw her attend a training course with the BBC Academy, where she thereafter joined the BBC News TV, radio and online teams.

Rubadiri points out the spirit in the global broadcaster as well as the urgency of activities in the busy newsroom as some of the major highlights of her past three months.

“Getting to see the BBC machine at work from the inside was surreal. The energy and urgency of a newsroom running for 24 hours was incredible to experience,” the award-winning newswoman told Citizen Digital.

“I learned a lot and even contributed some insights,” she adds.

During her placement, Rubadiri travelled to the Democratic Republic of Congo to cover the plight of passengers in Kinshasa where cases of kidnappings in taxis have become rampant.

She highlighted the story of two female entrepreneurs who are fighting that through the development of a verification mobile app to improve passenger safety.

“It's great to be back with a fresh perspective on the news and how and why we cover the people and events that we do,” says Rubadiri, noting that she is enthusiastic about bringing into life the new ideas under her belt during the new year.

In honoring her with the coveted award, the judges lauded Rubadiri’s eloquence and passion for telling African stories on both traditional media platforms and social media.

‘Nairobi by bike’, her story about the practicality of non-motorised transport such as bicycles as alternative transport in Nairobi amid the city’s chaotic traffic, was one of the stories she had submitted for the award.

The Temple University alumnus in Broadcast Journalism is the sixth winner of the award since its inception in 2015 to honor the late Ghanaian journalist Komla Dumor.

Rubadiri’s passion is in telling authentic African stories with a special focus on women. She is currently a host of the Sunday Live bulletin on Citizen TV alongside her colleague Jeff Koinange.