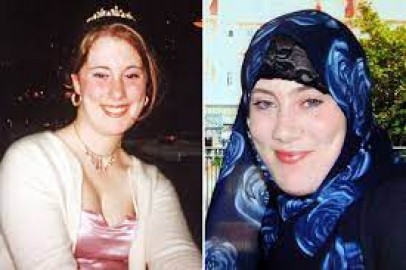 38-year-old Lewthwaite had been living in a 'no-go' area in Somalia with her fourth husband Hassan Maalim Ibrahim for seven years, The Daily Mirror reported on Saturday, quoting Somali security sources.

​​“She and Sheikh Hassan are no longer together; it is thought they are divorced. She had protection from his family in a no-go area in Somalia,” the source is quoted as saying.

“But now she is not welcome and has gone back to al-Qaeda-controlled Yemen. She got there in a dhow sailing vessel.”

Lewthwaite was first married to one of the suicide bombers in the July 7, 2005 London bombings, often referred to as 7/7; then to British bomber-maker Habib Ghani, who was killed in Somalia in 2013.

Her third husband was former Kenyan navy officer-turned-terrorist Abdi Wahid, whose information regarding whether he is dead or alive remains unkown.

The daughter of a British soldier, Lewthwaite fled the UK for South Africa in 2009 and her movement has since been traced through Tanzania in 2011, Mombasa, and later Somalia.

She was put on Interpol’s red list after being linked to the 2013 Westgate Mall attack which killed 66 and injured over 200 others.

She, however, escaped to Somalia and would later be linked to the 2015 Garissa University attack which left 148 people dead.

The mother of four has reportedly gone as far as plastic surgery, adding weight, disguising her blue eyes, and wearing a niqab veil as well as gloves to remain unrecognized.