Gov't has ordered Miguna be issued with travel documents, but he’s still not happy 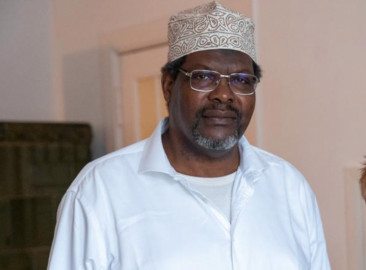 Solicitor General Kennedy Ogeto has directed that lawyer Miguna Miguna be issued with travel papers at the Kenyan embassies in Canada and Germany upon filling of required documents.

Ogeto, in a to Miguna’s lawyer and Law Society of Kenya (LSK) President Nelson Havi on Monday, said the Ministry of Interior and Foreign Affairs had confirmed the directive to the Department of Immigration.

The department is then expected to instruct its officers in Berlin and Ottawa to issue travel documents to the embattled lawyer, but only after he fills requisite forms for the said documents.

This means that upon presentation of the required documents, Miguna will be allowed to board the next flight to Kenya.

Miguna later took to Twitter to criticize the government’s directive terming it a ploy to bait him into applying for new citizenship which he says he never lost.

“I confirm that no government agency has issued any so-called red alert to Air France and Lufthansa Group (operating as German Airlines) in relation to Miguna’s travel to Kenya,” Dr. Kibicho submitted on November 19, 2021.

In a ruling delivered on November 22, 2021, Justice Hedwig Ong’udi ruled that if Miguna obtained the relevant documents, he was to be allowed to board the next available flight to Kenya.

"The petitioner is hereby ordered to obtain the relevant travel documents from the Kenya High Commission in Ottawa or Berlin or wherever he is within the next 72 hours," Justice Ong’udi ordered.

At the same time, the court said that Miguna could not be allowed to use the Kenyan Identity card as a travel document as it is not permitted

"The orders issued by Justice Korir on the use of the ID card were only for purposes of identification only, and not travels since the applicant does not have a valid Kenyan passport," he noted.

He thus directed Miguna to apply for his passport upon landing in the country and directed the relevant agencies to issue the passport within seven days.