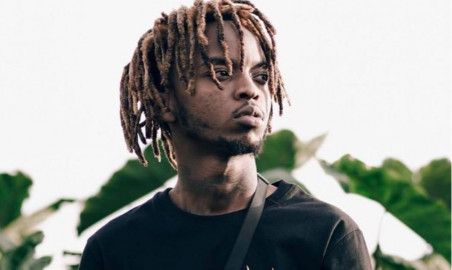 Despite claims of the society being fictitious, the producer has advised people to stop joking about it claiming it is indeed a real and fully existent organization.

According to Enga, his encounter with the organization first happened when he was 24 years old after he was approached by a white woman in Nairobi who claimed to be a representative.

The producer said the woman allegedly linked him to American producer DJ Khaled, with whom they talked on phone and agreed to work on a project together, sparking the 2019 rumors of a collaboration between the two.

Enga said things started becoming too much for him and he found himself falling back to his previous prayerful self.

However, he claimed he got an accident shortly thereafter, which he linked to the fact that he started praying again.

Enga went on to reveal that he however did not have to sacrifice anyone to join the secret organization, but gave his own blood instead.

“I did whatever I did lakini hakuna sacrifice ya mtu yeyote…ni damu tu, unadungwa kisu na unatolewa damu,” he said.

The producer also said that he knows of many Kenyan musicians who have been involved with the organization in the path to find success.

In June 2021, the producer caused a stir online after posting a suicidal message on his Instagram page where he said “I’m gonna die tonight.” However, he later attributed the post to being drunk.

“Heeey, I’m not dead. I appreciate having such caring fans and family. I just can’t give up now. I was drunk zikanisho ni weke post ya umbwakni. Pombe sio supu mimi nimewacha,” read his then follow-up statement.

The producer now says he is currently fighting to regain his life and advises young people to be patient in the road towards finding success.