Uhuru on border dispute with Somalia: Kenya will protect its territorial integrity 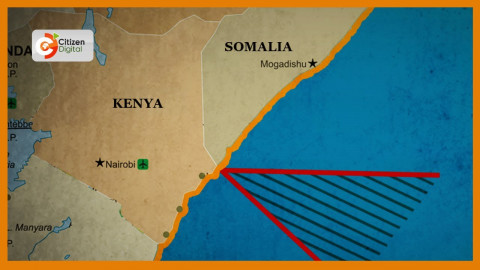 Speaking during Mashujaa Day Celebrations, the President said Kenya will not cede any part of disputed waters in the Indian Ocean.

Kenya is totally committed to protecting what the heroes who liberated Kenya from colonial rule left behind, according to the Head of State.

"For us to become architects of the future, we must begin by protecting what was left behind by the heroes who liberated this country," President Kenyatta said.

"And in particular, we were charged with the responsibility of taking care of our territorial integrity,"

President Uhuru Kenyatta, who was presiding over what is likely to be his final Mashujaa Day in office, insisted that Kenya, which has faced territorial aggressions since independence, would not lose an inch of its land.

"We have experienced territorial aggressions to the sanctity of our borders. Some have been driven from within and others from without. But the message of our Founding Fathers to these aggressors was simple: Not an Inch Less; Not an Inch More." the Head of State added .

Kenya rejected the judgment of the International Court of Justice which set out a new boundary that gives Somalia territorial rights over a large portion of the ocean.

Kenya accused the International Court of Justice of imposing its authority on a dispute over which it "lacked jurisdiction or competence" after it delineated a new boundary giving Somalia territorial rights over a large portion of the ocean, which is thought to be rich in oil and gas reserves.