Why I am President Uhuru Kenyatta's strongest critic - DNG 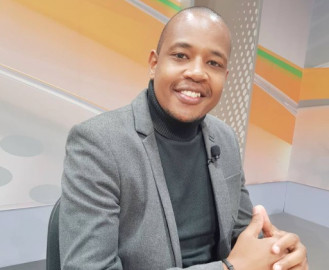 DNG has set his eyes on becoming the next MCA for Woodley Ward under Deputy President William Ruto’s United Democratic Alliance (UDA) party.

The entertainer reiterated that he is a strong critic of Kenyatta’s presidency because he witnessed firsthand the manifesto that was sold to Kenyans countrywide.

DNG, who was the lead MC for the UhuRuto campaign, went on to say he was disappointed when as soon as the president took on the reins of power, he brought back the old guard that was rejected at the ballot when the people of Kenya voted for him alongside DP Ruto.

“I am Uhuru Kenyatta’s strongest critic. I participated in campaigning for him in 2013, I am on record wearing a TNA shirt as the lead MC for the UhuRuto campaign, I know exactly what that manifesto was because I stood in the dust in the sun talking to Kenyans countrywide,” DNG said in an interview on Spice FM on Thursday.

“And as soon as he got into power and started bringing back the old guard who we had rejected at the ballot box, that is when I began to sever my links.”

He further added that he does not care whether or not he is elected, but that what is more important is that the truth is revealed.

“I stand for truth whether you’ll give me a position, give me money or not, sijali...and I will defend the people of Nairobi,” he said.