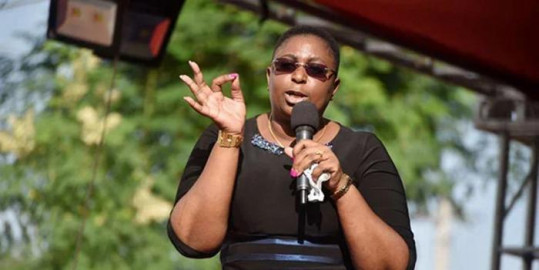 Malindi MP Aisha Jumwa failed to appear in court on Tuesday in the ongoing case where she is accused of the murder of a man in 2019.

According to her lawyer Danstan Omari, Jumwa is sick and could not travel to Mombasa.

“Ms. Jumwa has been taken ill. She has been advised by her doctors to take bed rest for five days,” Omari told the court, seeking adjournment to allow Jumwa to recover.

The Director of Public Prosecutions (DPP), however, labeled Jumwa’s sickness claims ‘an excuse to derail the trial’ and denied the adjournment request.

The DPP submitted that a warrant of arrest be issued against the MP instead.

On her part, High Court Judge Anne Ong’injo asked for signed and stamped documentation to prove that Jumwa was in fact unwell, which Jumwa’s team produced.

The judge granted the request for adjournment but further ordered that Jumwa produce a detailed medical report in court next month.

The case will now be processed on February 1.

Jumwa is accused of murder and assault alongside her aide Geoffrey Okuto Otieno over the killing of a man and injury of several other people during the Ganda Ward by-election in 2019.

The man was shot dead in a scuffle between rival Orange Democratic Movement (ODM) party supporters in Ganda Ward in Malindi, Kilifi County.

The incident occurred after Jumwa reportedly stormed a meeting of ODM agents at a house belonging to Reuben Katana, the ODM candidate and eventual winner of the by-election.

Jumwa allegedly demanded to know why such a meeting would be held at night after the campaign period had lapsed.

ODM officials, however, reportedly insisted that the meeting was meant for agents’ training.

This is not the first time the murder case has been adjourned. In July, the court was forced to postpone it after Jumwa withdrew all four lawyers who had been representing her and Okuto.

The self-christened ‘21st century Mekatilili Wa Menza’ is also facing charges of 13 offenses including forgery, fraud in procurement and money laundering, all of which are due for hearing next month.