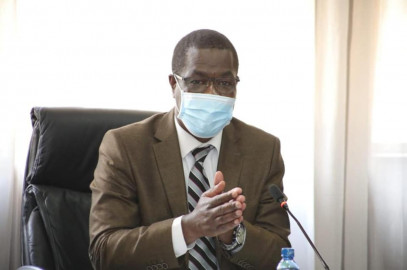 Speaking on Citizen TV's Day Break show on Tuesday morning, Wandayi said the situation at KEMSA was dire and thus called for radical measures to contain it.

“The kind of corruption that we have seen in this country in both public and private sector requires radical measures and if it calls for the KDF and NYS to come and restore sanity in the management of KEMSA and protect and safeguard public interest, I support it,” said the MP.

Wandayi claimed that taking over of institutions by the military has worked well in the past, saying if it did not obstruct their defense mandate it should be supported by all well-meaning Kenyans.

“So long as the bringing in of KDF into KEMSA does not jeopardize their core mandate of protecting our country… it is something we should support. There is empirical evidence that where we have brought in KDF some sanity has prevailed, including our Nairobi County Government,” said Wandayi.

The Ugunja legislator further claimed civilians have led KEMSA over the years and failed, arguing that it is time to bring in the military.

“Nothing stops the government from thinking outside the box or trying out new approaches,” stated Wandayi.

On Monday, the Kenya Medical Practitioners, Pharmacists and Dentists Union (KMPDU) moved to court to stop the planned takeover.

In an urgent application, the union said the move to unilaterally sack employees of the agency and deploy KDF and NYS members in their place is unfair and amounts to unjust termination of employment.