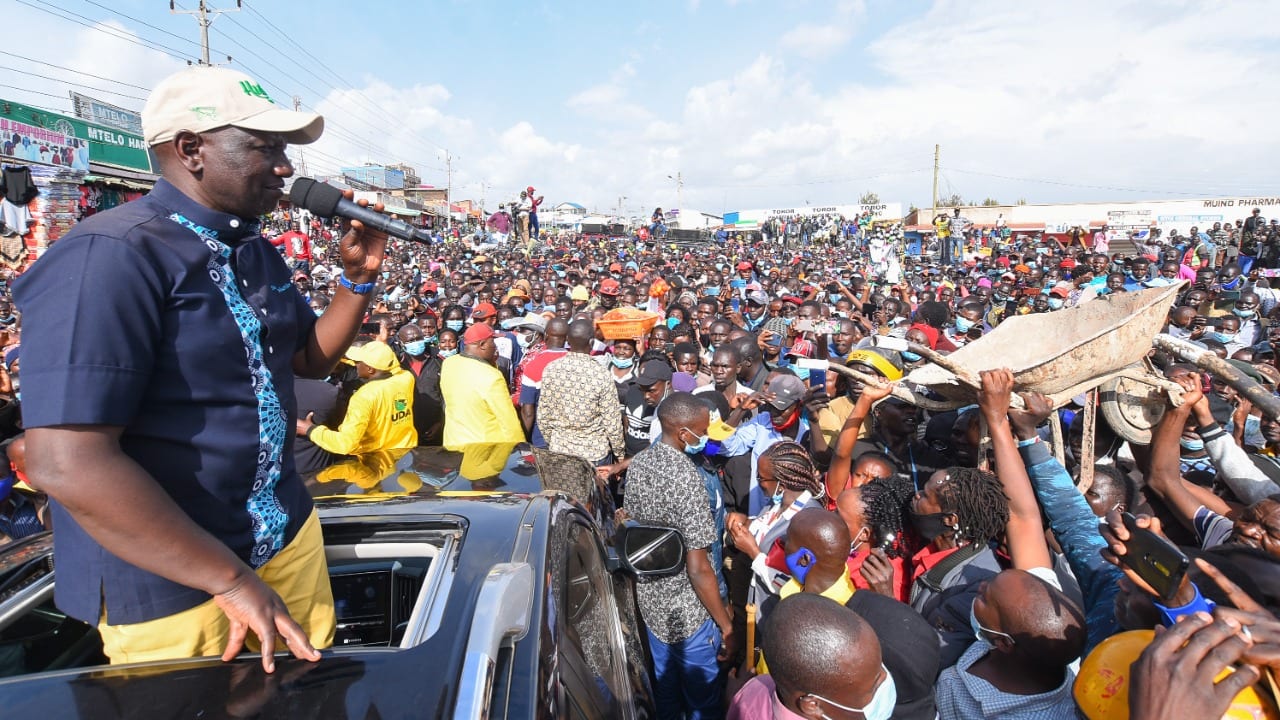 Deputy President William Ruto has given the clearest indication yet that he is planning to leave the embattled Jubilee party.

The second-in-command, speaking in West Pokot on Saturday, claimed that Jubilee, a once-national party, was being killed in order to favor ethnic-based parties.

However, ‘the hustler nation,’ according to Ruto, is too large to be divided into ethnic groups, and will instead seek mandate through uniting Kenyans along economic ideals.

He also poured cold water on the Jubilee-ODM alliance, reading malice into the union’s upcoming formalization.

The union, according to DP Ruto, was formed to keep the hustler nation—which he commands—out of the 2022 race.

The DP now says he will run for president through the United Democratic Alliance (UDA).

During the same address, the deputy president urged supporters of the stalled Constitutional Amendment Bill 2021 (Bill) to put their lobbying efforts on hold and focus instead on policies that will benefit Kenyans.

He continued: “The economic model we are proposing will touch the lives of millions of Kenyans at the bottom of the social and economic pyramid. Through a bottom-up economic model resources will be channelled to small businesses at the grassroots to spur economic growth. This will be a priority”

The latest development comes just a day after the Jubilee Party’s Secretary General Raphael Tuju announced that plans to formalize its union with the ODM party were in the works.

Tuju claims that a committee tasked with outlining the union’s fine print has been given 14 days to report back to the parties.