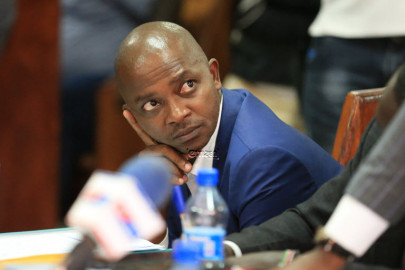 The court declined prosecution application to have FKF president Nick Mwendwa detained for a period of 14 days in a reprieve for the embattled Football Kenya Federation (FKF) President.

The court further gave the prosecution seven days to charge Mwendwa or close its case.

Mwendwa was arrested last week on Friday and detained over the weekend, days after Sports Cabinet Secretary Amina Mohamed created a caretaker committee to run the federation.

Mwendwa, who has led FKF since 2016, is accused of misappropriating funds allocated to the national organization by the Government.

An investigation committee recommended that the Directorate of Criminal Investigations (DCI), NIS and the EACC should probe the extent of the misappropriation.

Mwendwa, whose team has been barred from accessing its offices at Kandanda House, has denied any wrongdoing.