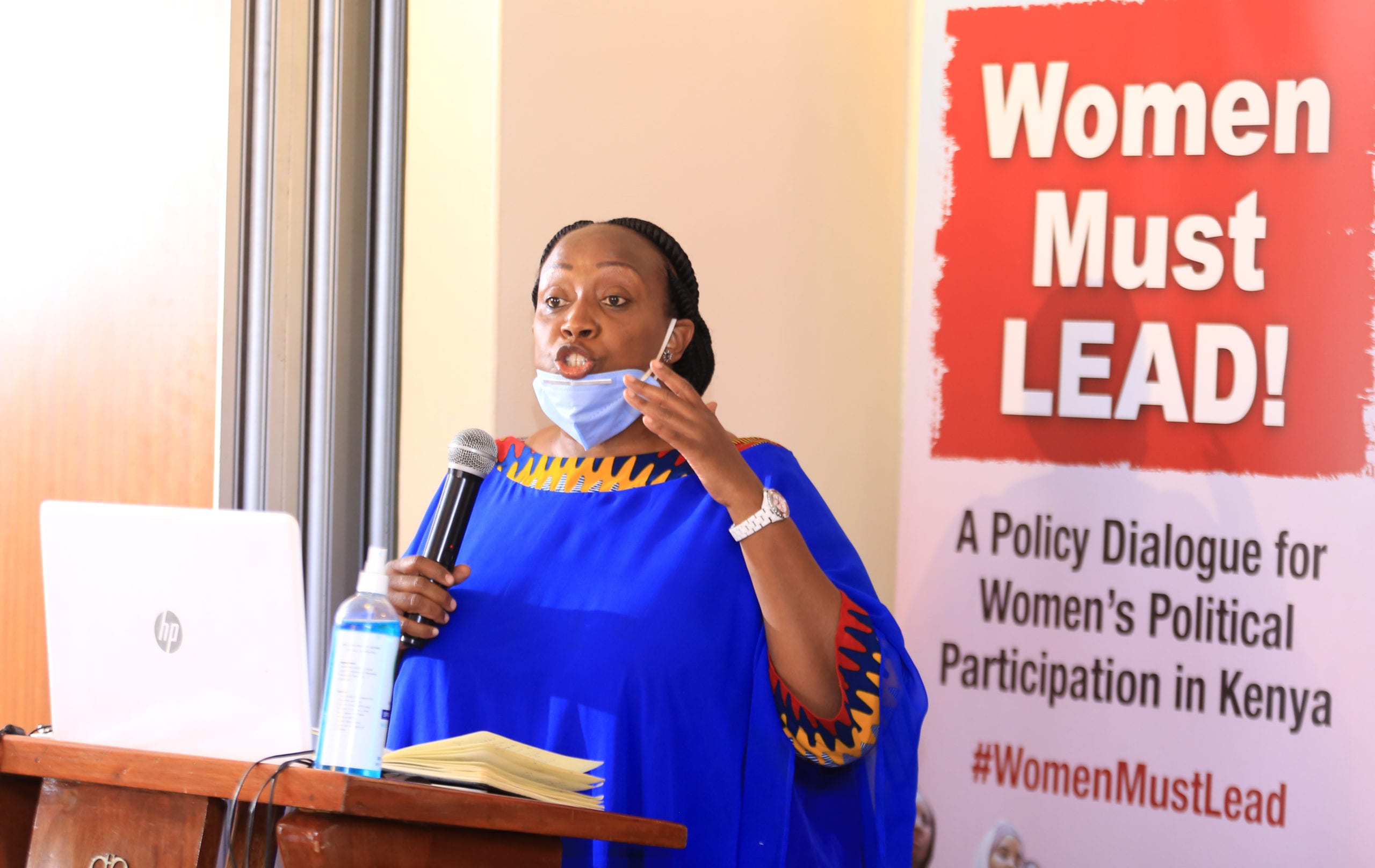 Chief Justice David Maraga has advised President Uhuru Kenyatta to dissolve Parliament because of its failure to implement the two thirds gender rule. Daisy Amdany, the Executive Director of CRAWN Trust speaks to Maria Wanza on what it means to dissolve Parliament and if amending the Political Parties Act would be better.

What is the difference between having parliament dissolved as CJ Maraga suggests as compared to amending the Political Parties Act?

Article 81(b) of the Constitution which is based on the principles of the electoral process envisions that a mechanism be in place to ensure not more than two thirds of elected members are of the same gender. This means that the Elections Act and the Political Parties Act should have mechanisms to implement this but they do not. In advising the President to dissolve parliament, the CJ has given a formal declaration that parliament is unconstitutionally composed and has failed in its constitutional duty.

What is your opinion on the 6 petitions he discussed?

I think that he should have made the declaration sooner. The CJ need not have waited for so many petitions before exercising his constitutional duty. All he needed was one petition to move but I suppose he was also giving parliament time to do the right thing.

Hasn’t he suggested this before and it didn’t work? Why do you think it failed?

Parliament is in contravention of the Constitution and they have been given more than enough time to enact the necessary legislation but have essentially refused to do so.

Which one is easier: dissolving Parliament or amending the Political Parties Act?

The order for the dissolution of parliament is as a consequence of the House not taking its legislative responsibilities seriously. There are several orders to Parliament and an additional order to the Office of the Registrar of Political Parties (ORPP) and the Independent Electoral and Boundaries Commission (IEBC) requiring them to ensure that political parties are compliant. It is always easier and more beneficial to follow the law.

What is the logical way forward for Kenya to implement its two thirds gender rule?

The only logical way is for the Constitution to be implemented. One cannot begin to toy around with the idea that they can ignore parts of the constitution. The Judiciary has been a faithful interpreter of the Constitution and has affirmed and reaffirmed the inclusivity and non-discrimination principle. There is no way around it. The Two Thirds Gender Principle must be implemented.