MWANGI: Genocide against the Tutsi: Hasn’t East Africa learnt anything? 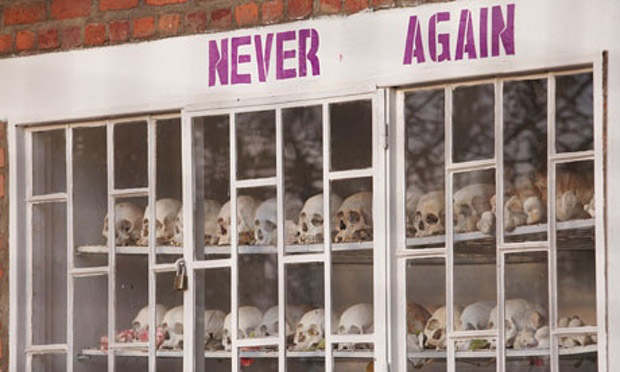 The month of April is a difficult one for Rwandans, one in which all other activities take a backseat as the country remembers a sad chapter of its history: The genocide against the Tutsi. Sadly, other East Africans are hardly aware of the events of 1994 in Rwanda, with the commemoration attracting little attention.

But it is often said that those who fail to learn the lessons of history are bound to repeat the mistakes of the past. This is why it is particularly unfortunate that an event of such magnitude as the Rwandan genocide has been treated with little significance beyond the country’s borders, especially in the East African Community.

Rwanda has learnt its lessons and moved on. It has bravely stood against world powers that not only did nothing to stop the genocide, but even actively supported the regime in power that perpetrated the heinous killings. It has had to fight against remnants of the notorious Interahamwe killers, even pursuing them across the border into the Democratic Republic of Congo.

Even more significantly, Rwanda has undergone a painful reconciliation exercise involving bringing perpetrators and victims together in a bid to achieve closure and retain its unity as a country. While the international community tried the senior leadership involved in the genocide through the International Criminal Tribunal for Rwanda that sat for many years in Arusha, the rank and file who killed and tormented their neighbours – a number running into thousands of people – were tried locally through the gacaca courts.

Given the magnitude of the genocide and the history of conflict in Rwanda, it is commendable that the country has made so much progress and is leading the way in various fields. Whatever one may feel about the democratic credentials of the leadership, the country arguably needed a strong leader in the aftermath of the genocide. And at least in the matter of creating a harmonious country, the leadership has not disappointed.

East Africans ought to take pride in their history and heroes if we are to free ourselves from a mindset that acquiesces ever so easily to Western imperialist interests. The beginning point for this is knowledge of our history, including the role of Western powers in creating the divide-and-rule tactics that have bred war and despondency throughout Africa.

Unfortunately, many East Africans will be more knowledgeable about the genocide against the Jews – which was no doubt a horrible thing against a section of humanity – than about the genocide against the Tutsi next door. They will have read about Adolph Hitler and how he presided over the killing of about 6 million Jews, but have no clue about King Leopold II of Belgium and how he killed up to 15 million Africans in the Belgian Congo.

The blame for this ignorance can partly be attributed to a Eurocentric education that is screaming for a total overhaul of the curricula in the region. After being thoroughly brainwashed, many Africans do not think twice about things and ideas coming from the West, and will tend to downplay or despise their own history and achievements. But this has got to change if we are to initiate a new peace narrative that will end the culture of American and European proxy wars in Africa.

Indeed, going by recent events in the region, it appears that our leaders are constantly – by their reckless words and actions – on the lookout for an opportunity to replicate and perhaps surpass the sad events in Rwanda 23 years ago. It is not an isolated trend, but one that can be seen in many countries.

South Sudan has been mentioned in recent months as sliding into genocide, with thousands fleeing across its borders on a daily basis. Burundi, too, has been in the news ever since President Pierre Nkurunziza took up an unconstitutional term in office. In Kenya, the battle cries aren’t too far as the August election approaches – with memories from the country’s violence following the 2007/08 presidential poll still fresh in the minds of many. Somalia, of course, went to the dogs many years ago.

Maybe, if only more people took time to reflect on our common history and visit sites such as the Genocide Museum in Kigali, we would be more serious about our destiny as a region. The lessons from Rwanda in 1994 aren’t just for that country, but for the whole region – indeed, for all humanity.