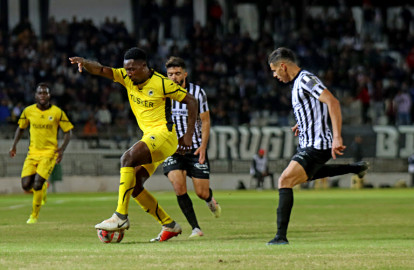 Aymen Harzi scored the only goal as SC Sfaxien edged 10-man Tusker FC 1-0, knocking them out of the CAF Confederation Cup in a relatively balanced clash in at the Stade Taieb Mhiri - Sfax, Tunisia on Sunday.

Harzi netted from the spot in the 35th, after Ghaith Maaroufi was fouled in the box, the only goal that would separate the two sides after over 180 minutes tussle – both in Nairobi and Sfax.

Tusker exhibited a spirited fight in the match, but struggled to convert the chances they created, just like it was in Nairobi a week ago with coach Robert Matano probably left pondering on the effectiveness of the striking force he has.

The visitors threatened in the 12th minute, Jackson Macharia’s connecting a ball from Daniel Sakari but could not beat keeper Dahmen Aymen.

Four minutes later, Asike denied Maaroufi the luxury of punishing Tusker as he sought to shoot from close range, which he did but only delivering a feeble shot, and out of target.

Harzi’s moment of the match then came after Kirenge was adjudged to have fouled Maaroufi inside the box, and the referee pointed to the spot despite heated protests by the brewers.

Tusker were however not giving up, and Ibrahim Joshua almost restored parity just before half time with a powerful shot which keeper Aymen punched out.

A sumptuous cross across the goal by Sakari was cut off before Macharia could connect, with the keeper already out of line, Tusker’s most promising turn in the second stanza.

Not even the introduction of Shami Mwinyi and Teddy Osok for Humphrey Mieno and Macharia could change Tusker’s fortunes, as the hosts held onto the lone goal for a group stage ticket.

The Kenyan Premier League champions exited the competition just three hours Gor Mahia were edged out after drawing 1-1 with AS Otoho d'Oyo of the Republic of Congo at Nairobi's Nyayo National Stadium.

The visitors ran out 2-1 winners on aggregate, meaning the two teams now return to fight for another chance in the continentals next season, through the Premier League which resumed on Saturday.