Turkana families lament shutdown of Tullow Oil, says it was their livelihood 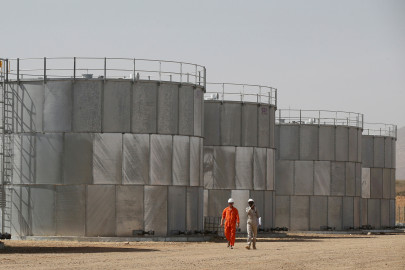 Resients of Lokichar, Turkana County are imploring the government to reinstate operations at Tullow Oil to facilitate their livelihoods.

Speaking to Citizen Digital, the residents expressed the adverse effects the shutdown has had on their lives socially and economically since the halting of operations by the company two years ago.

For more than 5 years, Kapese Community Charitable Trust (KCCT), a non-governmental organization had invested more than Ksh.125 million in support of the community's projects.

The NGO now regrets not being able to deliver on its mandate following the closure.

“As Kapese Trust, we are a resource bag for the community. Our projects focus on education, integrated livelihoods, peacebuilding, environmental conservations and economic empowerment,” she said.

“We support the community through local content whereby we are able to hire local contractors for our projects because we would like to build economic power at the ozone level and community level,” said the KCCT representative.

Since the operations started in Kapese part of Turkana County 10 years ago, residents who stay near the oil reserves lauded the impacts of the projects.

“We had one family benefiting from setting up rental rooms, another had established a petrol station which is now earning income to them and they are able to plow it back to support their education,” one resident said.

Kapese's African Camp Solution (ACS) airstrip was also a source of income and is said to have accrued more than Ksh.50 million which was used to set up businesses in the area.

Residents have been advised not to put up demonstrations and close roads as they did before if the government resumes the project.

“What you saw locally was the local people, the community… using the trucking operation as a lever really to demonstrate to the national government that the security situation on the ground had to improve,” McDade said in a statement in 2018.