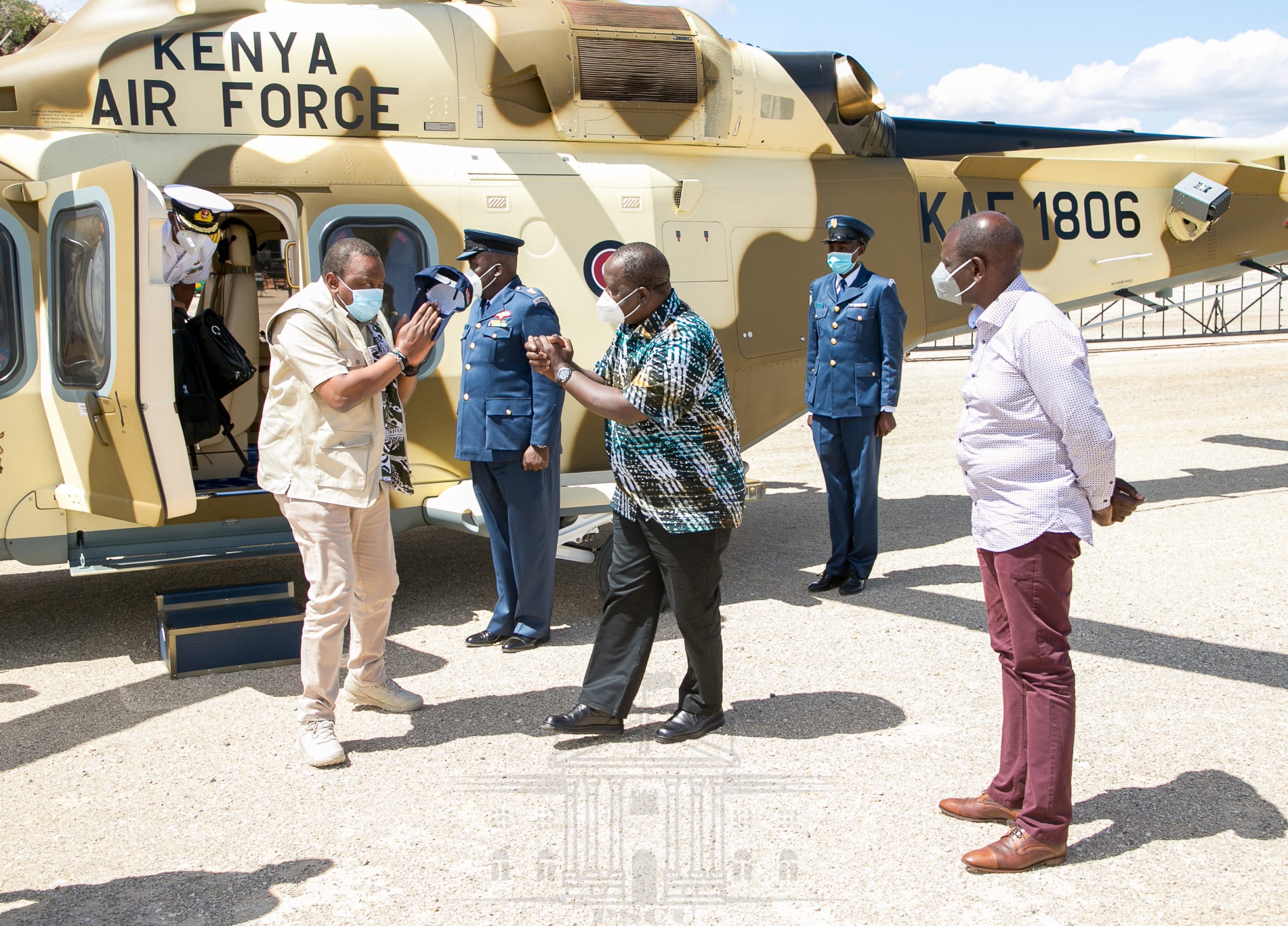 Members of the Cabinet began have trooping to Tsavo on Thursday for the two-day retreat led by President Kenyatta to take stock of the jubilee administration three years into the second term.

The meeting comes at time when the cabinet has been split by the open acrimony pitting President Kenyatta against his deputy William Ruto over the later’s perceived early 2022 State House campaigns.

The meeting will be followed by a parliamentary leadership meeting with the President on Saturday at State House, Nairobi, where sources indicate discussions will be centred around the Building Bridges Initiative, before the taskforce’s report is unveiled on a raft of proposed constitutional amendments.

Top on the agenda, according to a source privy to the program, will be a state of the country’s security brief from top security chiefs, who have been invited to make presentations.

The cabinet will also review development projects; completed and ongoing, as the jubilee administration’s 10 year tenure approaches its sunset days, a reflection on the country’s nationhood and territorial integrity is also listed on the retreat agenda.

But the retreat will also be an opportunity to address the obvious cracks in the country’s highest decision making organ. The deputy president has accused a section of cabinet secretaries of undermining and disrespecting him, while the named CSs have faulted him for embarking on early State House campaigns and criticising the government he serves.

On Saturday, the president is expected to meet leaders of the two chambers of Parliament at State House, Nairobi.

While the invitation letters dispatched to parliamentary leaders and chairpersons of house committees were silent on the meeting’s agenda, sources indicate the Building Bridges Initiative (BBI) discourse is on the cards, with hints of unveiling the taskforce report, with specific proposals to amend the 2010 Constitution.

The taskforce, headed by Garissa Senator Yussuf Haji completed its assignment in June, and its recommendations have remained a subject of speculation. Talk of a proposal to expand the Executive, by creating positions of a prime minister and two deputies, ostensibly to enhance inclusivity, has sparked a political discourse.

There is also talk of a proposal to tinker with the structure and functions of parliament, with prime minister assuming the leader of government business role, with the two deputies taking charge in the two chambers of parliament, appointment of at least half of the cabinet from parliament, scrapping of woman representative seats, and instead, election of two senators per county, a man and a woman being projected as solutions to the elusive gender principle law.

President Kenyatta, during the Madaraka Day celebrations at State House, Nairobi warned of constitutional rigidity, giving the clearest hint of a likely referendum before the 2022 polls.

“…10 years later, I am discerning a constitutional moment, not to replace the 2010 constitution, to improve it, to correct what we didn’t get right in 2010, more so to end the senseless cycle of violence every five years and deepen our democratic credentials as a country and lead to a more inclusive society,” said Kenyatta.

Pundits have likened a referendum next year to a dress rehearsal, before the 2022 State House race.