Transport CS Macharia: The Express Way was born off a dinner date in China 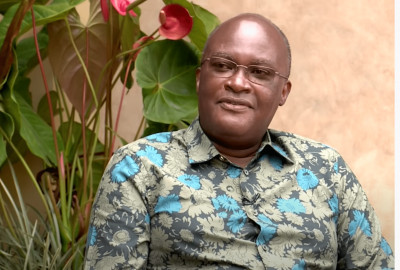 In an interesting narration, CS Macharia imparted that although the Cabinet Secretaries were on a different tour to China to discuss matters to do with the Standard Gauge Railway (SGR) system, an outlook of the well-laid-out road system in the Asian nation diverted their attention.

“It was back in 2019 and we had been sent to we had been to China to finalize on issues to do with SGR,” CS Macharia stated while in an interview with Citizen TV on Monday night.

“We arrived in the Beijing Airport, then proceeded to Beijing City where we took about 25 minutes, a very long distance; because the highway had 6 lanes,” he added.

Macharia went further to aver that during the meeting, they commended the tremendous status of the highway as ‘fantastic’, only to be informed that the same company they were meeting had done the road.

“They told us the road is on their balance sheet, it is their road; the same company which we had gone to see for the SGR,” Macharia said.

Macharia elucidated how they ended up getting the deal from, the company after expressing an interest to have a similar road in Kenya.

“They said they had been to Nairobi whereby the president of the same company had been stuck in a traffic jam for two and half hours from JKIA to Nairobi CBD,” said CS Macharia.

He added: “So it did not require a lot of convincing for him to know we have a problem in terms of traffic and that the problem can be converted into an opportunity.”

CS Macharia explained how the Head of State was impressed with the idea of a Public-Private Partnership deal that would lead to the creation of the world-class Expressway soon after informing him via a phone call.

“The president was actually quite excited about the idea and the same night he called the Finance CS Rotich and asked him to join us in China so that we could discuss the finance modalities of how the PPP could be done,” Macharia noted.

After settling into an agreement with the company, Macharia spelled out how the company did not hesitate to commence the mega-project towards the end of the same year.

“They sent a team to do a census of the vehicle passing through Mombasa Road from JKIA and on that day and counted about 30,000 vehicles. They fitted it in their financial model and we confirmed it,” he stated.

The 27.1-kilometer elevated dual carriageway which has 8-lanes is expected to decongest Mombasa Road and reduce travel time between Mlolongo and Westlands to 20 minutes after completion in March next year.