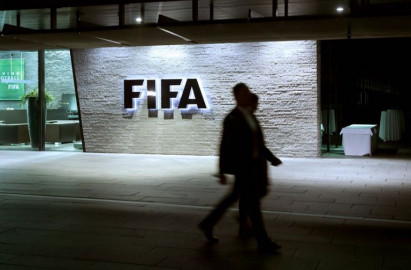 FIFA is set to implement rules in which clubs will be limited to signing and sending six players on loan internationally from 2024 so that more focus can be given to developing talent, world soccer's governing body has said.

The objective of the regulations, delayed by two years due to the COVID-19 pandemic, is to "develop young players, promote competitive balance and prevent hoarding", FIFA said in a statement.

Clubs will be limited to eight international loan signings in and eight loaned out from next season, with the number dropping to seven the following year and then remaining at six from 2024-25 onwards.

However, homegrown players and those under the age of 21 will remain exempt from the rules, subject to approval at the FIFA Council's next meeting.

The plans also include the introduction of a minimum duration of a loan deal, which would be between two transfer windows, while the maximum duration will be one year.

There will also be a limit of three players being loaned out per season between the same two clubs, while "sub-loaning" to a third club will be prohibited.

The regulations do not cover domestic loans but FIFA said national associations will have three years to bring their own rules in line with those at international level.