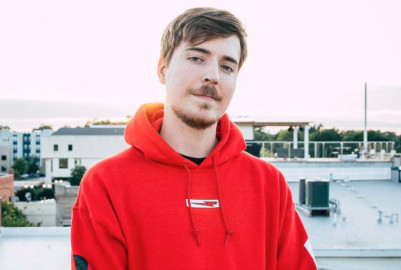 Mr Beast was the highest-paid YouTuber in 2021, according to Forbes.

A new report by Forbes has laid out the world’s highest paid YouTube stars of 2021, confirming that people are indeed earning hefty checks from the app out here.

These values are estimations based on measurements taken from January 1 to December 31, 2021, with data collated from Captiv8, SocialBlade, Pollstar, as well as various industry insiders.

The figures are pre-tax and don't include fees for agents, lawyers, and managers.

23-year old Jimmy Donaldson alias Mr. beast is an American YouTuber that has been credited with pioneering a genre of videos centred on expensive stunts.

The internet personality has become increasingly popular, with most of his videos gaining tens of millions of views, in turn, earning him the top spot in YouTube’s rich list as the highest paid star of 2021 on the platform.

Jake Paul, an American professional boxer and social media personality, is back on the list, ranking second place, doubled up in cash, after his $21.5 million (approx. Ksh. 2.4 billion) earnings in 2018.

Throughout his career, Paul has become the subject of many controversies due to his behavior including engaging in risky stunts, sexually suggestive behavior, featuring age-inappropriate material for YouTube.

The entertainers’ most notable project is: ‘Mythical Kitchen’ – a cooking series with a separate host, Josh Scherer.

The high energy and witty commentary of the channel’s Texan host makes it appealing to children, while staying profitable as well.

The 7- year-old Russian girl, currently boasting more than 85 million subscribers, is joined by millions of kids and families from all over the world to explore and share life experiences.

Ryan’s world is a children’s channel in which the 10-year-old boy does lots of fun things like pretend play, science experiments, music videos, skits, challenger, DIY arts and crafts and so much more.

Content created by Dude Perfect predominantly consists of videos depicting various trick shots, stereotypes, and stunts, with regularly uploaded videos of "battles," in which the individual members compete against one another, incorporating different sports and a unique set of rules.

Like his brother Jake, the 24-year old American YouTuber Paul Logan has been involved in several controversies, most notably in relation to a trip to Japan in December 2017, during which he visited a "suicide forest" and filmed a suicide victim, further uploading the footage to his YouTube channel.

Preston Blaine is an American video game playing YouTuber known for a variety of content including challenge and prank videos, as well as Minecraft.