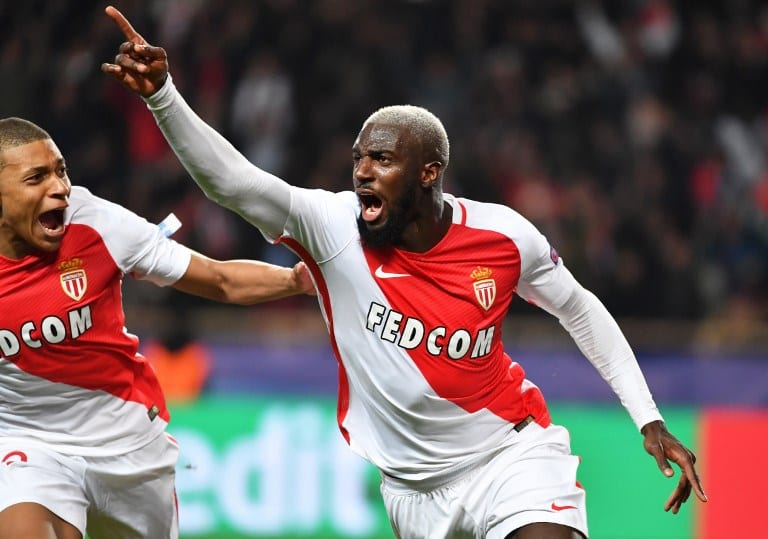 Five facts about Tiemoue Bakayoko after the midfielder signed for Chelsea from Monaco on Saturday:

When Manchester City arrive at Stamford Bridge on the last day of September they will be only too aware of the damage Bakayoko is capable of wreaking. Back in March his superb header 13 minutes from time condemned Pep Guardiola’s City to a painful Champions League last-16 exit on away goals. City arrived in the Principality in control of the tie after a 5-3 first-leg win. And with 19 minutes to go they were 6-5 in front, only for Bakayoko to turn home Thomas Lemar’s free-kick to give Monaco a famous victory. “It’s an immense joy to score in the Champions League. I didn’t expect this,” he said.

France coach Didier Deschamps is a fully paid up member of the Bakayoko appreciation society. The 1998 World Cup winning captain knows a thing or two about the ingredients that go into making a great player. When he summoned Bakayoko for his first cap a week after his key role in dumping City out of Europe Deschamps said: “He’s powerful, makes an impact, scores decisive goals, makes goals and is a great all-rounder.”

The man behind the mask

Of all the qualities he will need in the Premier League, toughness is right up there with the rest of them, and Bakayoko certainly has that. He broke his nose in training in the run up to Monaco’s Champions League semi-final first leg against Juventus, but didn’t let that deter him from starting against the Italians, wearing a special protective face mask that lent him the air of a Marvel superhero. Surgery on a problem knee could see him missing out on Chelsea’s pre-season schedule. He overcame a lengthy spell sidelined with a broken leg as a youngster, before joining Rennes aged 13 in 2008, then his breakthrough move to Monaco in 2014.

From pink to black

Bakayoko makes an impression, both on and off the pitch. An imposing 1.84m he is no shrinking violet when it comes to his appearance, dying his hair pink one day, blonde the next. When he arrived in Monaco in 2014 he could be seen emerging from the fates of a luxury villa behind the wheel of a pink Porsche Cayenne. But after a sea change in attitude, triggered by his former youth coach at Rennes, he swapped the villa for a more modest apartment, and got the Cayenne resprayed black. He explained: “They were saying that I loved the nice things in life, that I wasn’t a grafter, that I’d come (to Monaco) only for a higher salary, which wasn’t the case.”

What’s in a number?

Bakayoko sported the number 14 on his jersey at Monaco. He chose it in tribute to the 14th arrondisement (district) in Paris where he was born to Ivorian parents on August 17 1994, and will wear the same number for Chelsea.