Murkomen : What is really happening at the National Super Alliance? 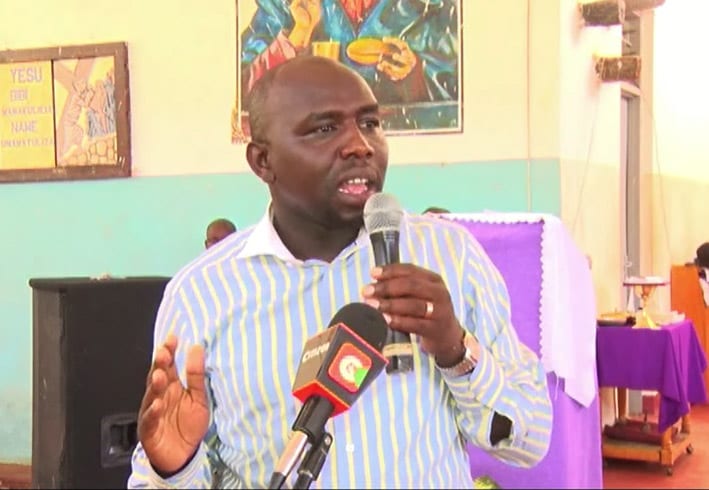 Scared. Uncertain. Broke. Unprepared. Desperate. The list can go on and on how one can describe Raila Odinga in regard to elections.
For almost 30 years, NASA presidential candidate Raila Odinga has carved himself up some sort of a saintly image. And rightly so. Raila has seen and done it all. The scramble for multiparty politics, he was right in the middle. He was involved in almost every struggle to unseat the Kanu regime – both as a candidate and as a king maker, sacrificing his own ambitions ‘for the good of the country’ .
When the country was given a raw deal in a half-baked constitution in 2005, Raila rallied like-minded leaders and humiliated the government of the day in a referendum. Five years later, he closed ranks with the very people he had campaigned against to give the country a new constitution in 2010.
There is no denying the special place Raila holds in the history of Kenya. Few leaders can match what he has done. Yet, with every passing day as the country heads to a repeat presidential election, the Raila we know has almost metamorphosed into a whole new being. He is putting his legacy at risk and he does not seem to care.
The August 8 elections seem to have hit him like a thunderbolt. He is yet to recover. Apparently, the Supreme Court verdict invalidating President Uhuru Kenyatta’s re-election and ordering a repeat poll did nothing to lessen his pain. He does not look like someone handed a political lifeline.
It is understandable why Raila is in no mood for elections. And why would he when the writing is on the wall? Why would he participate in a race he already knows he cannot win, or even come close to winning? Why should he let himself be humiliated, and see his ambitions come crushing down like a pack of cards?
Jubilee has the numbers, and NASA knows it. That is why there pre-August 8 campaign slogan ‘#10 million strong’ is dead and buried. Nobody mentions it anymore.
The NASA presidential candidate has been like hurricane since the day a repeat election was called. He has turned his wrath on anything and anyone around him.
From the Independent Electoral and Boundaries Commission to the constitution to Jubilee party and President Uhuru Kenyatta, there is no limit to what Raila does not like.
And no, this is not and never has been about the repeat presidential elections. Or fight for democracy as he is wont to say. It has always been about his ambition to get power. It is that simple. Nothing matters other than the ultimate price- State House. To him, the end justifies the means; that is why he has no qualms using violence.
That is why he does not care about campaigns. Why campaign when you are not interested in elections? When you know you are almost certain to be flattened?

Raila and his NASA brigade has been crying out to anyone who cares to listen, saying he beat President Kenyatta on August 8. That, like in the 2007 and 2013 General Elections, his victory was stolen. So why is NASA unwilling to confirm to everyone else that it really won the presidency? Why not hit the campaign trail and shore up more support? Why can’t it put is house in order, get enough agents to all polling stations, set up own tallying centre and protect its vote?
Raila’s ultimatum that there will be no elections unless some senior IEBC officials, led by Chief Executive Ezra Chiloba quit, should be treated for what it is – threats by a man who is politically drowning.

NASA led by Raila should not be allowed to hold the country to ransom any further. We need to go to the polls on October 26 and revert the country to the normalcy mode. He should not take his presidential ambition as a matter of life and death. In any case he has been the Prime Minister, a vintage position he could have used to roll out his vision for the country.

Now that State House has eluded him, he needs to cut his political losses and calls it quits. Currently he is busy undoing his otherwise brilliant legacy. As numbers have shown, he cannot beat President Kenyatta any day. My free advice? Let him head to a beautiful retirement he deserves, while some elements of statesmanship are still intact.