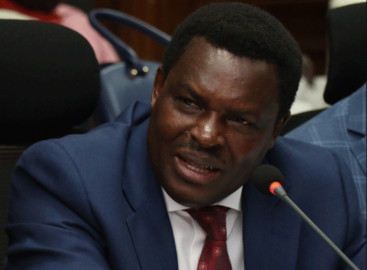 The Ksh.34.9 million fraud case against Tharaka Nithi Governor Muthomi Njuki will now be heard at the Embu Law Courts.

In his ruling, High Court Judge James Wakiaga directed that the matter be mentioned on November 16, 2021 and that all the accused persons in the case attend court proceedings.

“Matters of this nature ought to be filed in local courts for citizens to hear the charges that their immediate letters have been charged with,” ruled Justice Wakiaga.

The case was in January this year referred to the High Court from Milimani seeking direction on where it should be prosecuted.

According to the prosecuting team, the case was filed in Nairobi on the basis that the offenses were committed in various jurisdictions including Embu County.

They also argued that the accused persons had not demonstrated, with sufficient evidence, the prejudice they would suffer if the matter was prosecuted in Nairobi.

In September last year, Director of Public Prosecutions (DPP) Noordin Haji ordered the arrest and prosecution of Governor Njuki and various county officials over the irregular award of a solid waste project contract.

“The fraud at the county government was perpetrated by the county officials at the Procurement Department and Finance Department who disregarded the procurement laws and procedures,” he said.

According to the DPP, Westomaxx Investments Limited, a company that had submitted fraudulent documents, was awarded the tender at a cost of Ksh.34,998,500.

A contract for the supply, installation and commissioning of an incinerator was hence entered into between the Chief Officer Environment, Fridah Muthoni, and Westomaxx Investments Limited.

The contractor was issued with an LPO before the expiry of 14 days following the giving of a notification, contrary to the Public Procurement and Asset Disposal Act, 2015.

Westomaxx Investments Limited then installed an incinerator they had procured from Generation Electronic & Allied Company Limited, a company which – as stated by the DPP – is associated with Governor Njuki.