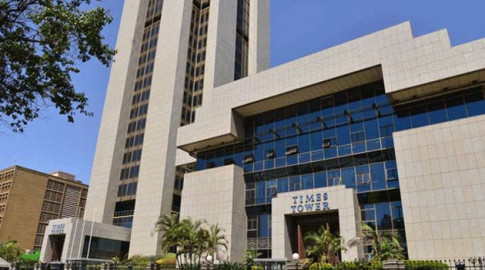 This is according to new data from the National Treasury statement of actual revenues and net exchequer issues covering the months of July to December 2021.

The notable growth in receipts booked by the Kenya Revenue Authority (KRA) mirrors the normalisation of tax collections following the advent of the COVID-19 pandemic in March 2020 which temporarily resulted in the disruption of commerce in the country.

Tax receipts in December were the highest in the six months cycle, growing by 23.9 per cent from Ksh.145.9 billion to Ksh.180.8 billion.

Subsequent measures to contain the spread of the pandemic including the closure of bars & eateries and the night-time curfew resulted in dwindled tax receipts across most of 2020.

The easing of the measures in recent months has had the opposite effect, lifting collections by the taxman which are now seeing the benefit of low base effects year on year.

Non-tax receipts through the six months period however trail the 2020 tally at Ksh.36.2 billion compared to Ksh.52.9 billion in December 2020.

KRA is still expected to collect more than Ksh.800 billion in the next six months to top its target of Ksh.1.707 trillion in tax revenues.

To reach the target, the taxman will be required to mop up at least Ksh.139.7 billion to top the mark.

The National Treasury is yet to revise the KRA target but could make the amendment through the expected 1st supplementary estimates to the 2021-22 budget.