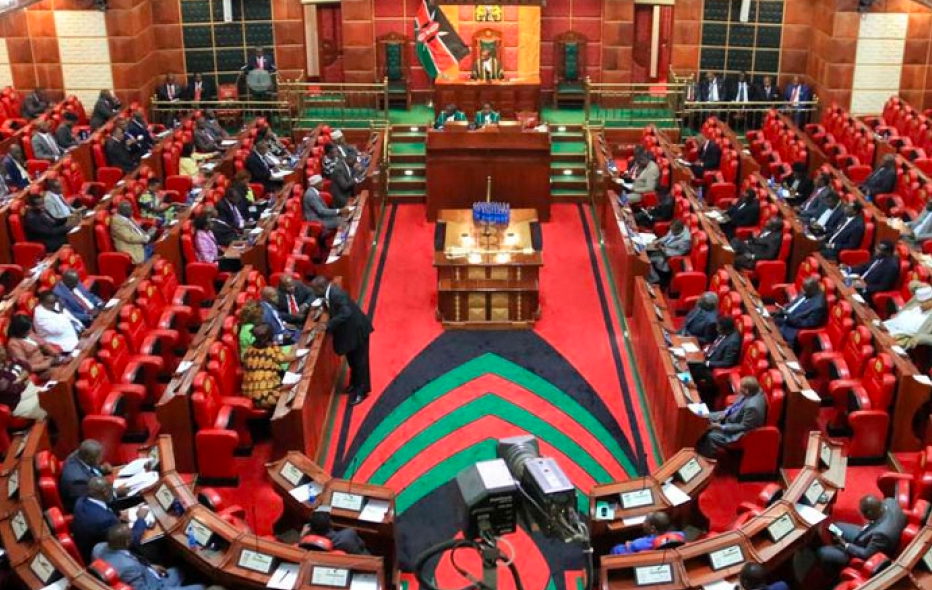 Members of Parliament allied to Deputy President William Ruto on Tuesday afternoon shot down an important motion establishing the House Business Committee, effectively scuttling the business of the House.

The move caught the Azimio la Umoja allied MPs flat-footed as many were not in the House at the time the motion was being put to vote by acclamation.

It now means that the National Assembly cannot transact any other business for it’s the rejected committee that sits and plans what will be debated in the House and when.

"There cannot be any business because there has to be a House Business Committee to process anything for the House... And because a motion that is similar to this one in substance may not be moved until after 6 months, so you don’t have to wait for IEBC Chairman Wafula Chebukati to do anything else, I think you have resolved the matter for him,” Muturi said.

The Speaker who said the members have exercised their right however said the leadership could come to him with a motion to rescind the decision of the house.

He said the House will only sit if the leadership comes up with a motion according to Standing Order 49 to rescind the decision.

“Unless they are bringing to me a motion in terms of Standing Order 49, which is a motion on rescission there may be no need for the House to come, so the leadership please consult with your members and see how best to proceed, otherwise we will not be able to do any other business,” The speaker said amid cheers from UDA leaning MPs.

However, the move has been criticized by Azimio la Umoja leaning members who termed it selfish and not considering the needs of Kenyans and the country at large.

‘’I have also opposed bills and motions in this House, but this is just selfish and seeking to show how strong they are without caring about the consequences, we need to pass the budget, we need to give money to IEBC, we need to pay salaries, they don’t care about that and then they claim to care about a poor man,” said Mvita MP AbdulSwamad Sharrif Nassir.

His Saboti counterpart Caleb Amisi also hit out at the decision saying it shows how the MPs don’t care about what happens to the country.

“This is the first time this is happening, we have had opposition in the country for a long time but you can’t oppose bringing the country down, when are we supposed to read the budget? This is just selfish and chest-thumping,” said Amisi.

However, UDA allied MPs insisted they won’t hesitate to take similar action if they will continue to be ignored.

“We are hitting back, and we will do it over and over until they realize that we are also members of this House and involve us,” said Sirisia MP John Waluke.

The House is required to approve members of the House Business Committee at the commencement of every session of the National Assembly.