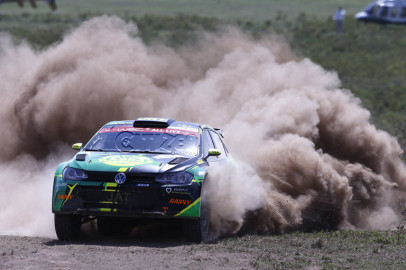 The deal was signed by Amina Mohamed and WRC Promoter GmbH Managing Director Jona Siebel who said the partnership means a lot to WRC.

Sports Cabinet Secretary Amina Mohamed says the government is keen to increase the number of women participants in motorsports.

Amina made the remarks in Monaco, France Kenya signed a deal with the World Rally Championship for the Safari Rally to remain in the (WRC) until 2026.

“As a country we are also keen to grow women in motorsports program which I’m personally passionate about, to ensure that women are not excluded in rally competitions. In keeping with our intent to lead and deliver on the sustainable development goals, we have chattered two legacy projects championed by his Excellency President Uhuru Kenyatta to secure sustainability and improve conditions of our host institutions and our host counties,” said Amina.

The deal was signed by Amina Mohamed and WRC Promoter GmbH Managing Director Jona Siebel who said the partnership means a lot to WRC.

“It means really a lot, it's such an iconic event with such a strong tradition, heritage and the whole passion of the people and I felt it last year; the people are so thankful that we created this comeback. So for us and the continuous growth of the WRC as a global relevant championship, it means a lot,” added Siebel.

Amina also signed several partnerships with the WRC revolving around talent development and environmental conservation with the 2022 WRC Safari Rally set to run from June 23 to 26.

Kenyan rally enthusiasts are already excited ahead of the new WRC season which kicked off on Thursday with the Rallye Monte-Carlo in Monaco.

Yesterday the WRC revealed that the World Rally Championships Safari Rally was the most watched race in 2021. The Kenyan leg of the series held in Naivasha attracting a record 850million viewers.

The Safari outscored all the events in 2021 with the Shakedown in particular at Loldia ranking the most-watched in WRC history.

Ahead of the new season, Kenya has already set up an office in Europe, in Lahti, Finland to capitalize on the great history and rich heritage of the Safari Rally.

The new Safari Rally office in Europe will help market the country as a sports tourist destination.