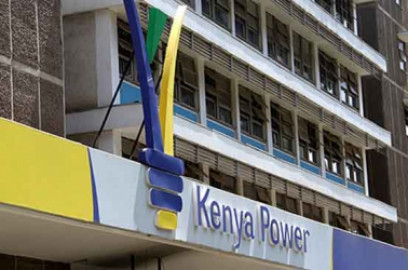 The government has delivered its first instalment of cheaper electricity with the Energy and Petroleum Regulatory Authority amending the schedule of non-fuel tariffs on Friday.

The amended tariffs published in a special issue of the Kenya gazette show an average cut of 20 per cent or one fifth to energy charges.

Domestic consumers with a consumption of less than 100 units per post-paid billing or pre-paid units purchase period will now pay Ksh.7.70 per unit for units consumed from a previous Ksh.10 per unit in previous tariffs.

Meanwhile, ordinary domestic consumers whose consumption ranges between 100 units and 15,000 units will pay Ksh.12.60 per unit for units consumed from this month compared to Ksh.15.80 previously.

Non-domestic small commercial consumers whose consumption does not exceed 100 units will pay Ksh.7.70 per unit for units consumed from Ksh.10.

Commercial and industrial consumers whose consumption exceeds 15,000 units will pay an energy charge of Ksh.8.70 and Ksh.4.35 per unit of supply metered during off-peak hours on top of a demand charge of Ksh.800 per kilovolt amps (kVa).

Other charges comprising the monthly electricity bill include taxes and levies including a 16 per cent vatable rate to the demand charge, fuel energy cost and non-fuel energy cost.

The cut to the energy charges for lifeline consumers (consumers using less than 100 units a month and ordinary domestic consumers translates to a reduction of 23 and 20.3 per cent respectively.

In a statement, the Ministry of Energy says the new tariffs have delivered the promise of a 15 per cent reduction in power tariffs.

“The tariff reduction is a fulfilment of the commitment made by President Kenyatta to the nation on Jamuhuri Day 2021 and that the first tranche of 15 per cent reduction in the cost of power will be reflected in bills covering the end year of 2021,” the Ministry stated.

The Ministry says its target to cut electricity costs by a further 15 per cent before the end of March this year remains.

While the Ministry was yet to reach any deals with independent power producers (IPPs) over the cost of power purchase agreements (PPAs) between themselves and Kenya Power, the utility company had said it would attain the costs cut by reducing its system and commercial losses.